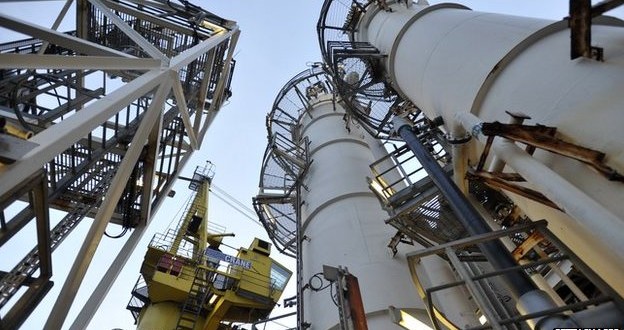 The UK government has said it will block the sale of 12 North Sea oil and gas fields to a Russian oligarch.

The Department of Energy said it opposed the deal “in its current form”.

The North Sea assets are owned by German company RWE Dea, which is being sold to a group backed by Russian billionaire Mikhail Fridman.

There are fears that the deal could run counter to sanctions imposed over the crisis in Ukraine, since Mr Fridman is a potential target for such measures.

The Department of Energy said in a statement it had concerns about the effect of “possible future sanctions” on Mr Fridman and his LetterOne fund.

In response, German power firm RWE, which owns RWE Dea, said the €5bn (£3.6bn) deal to sell its subsidiary to LetterOne would go ahead as planned on Monday.

A report in the Financial Times said Mr Fridman had threatened legal action against the UK government over its attempts to block the acquisition.

As part of the deal, LetterOne is creating a new subsidiary, L1 Energy, to be run by former BP chief executive Lord Browne.