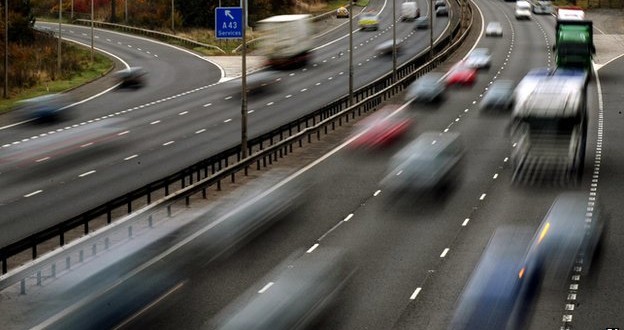 New regulations aimed at stopping people driving while on drugs have come into force in England and Wales.

For the first time, motorists face prosecution if they exceed limits set for the presence of eight illegal drugs, including cannabis and cocaine.

Police will be able to use “drugalysers” to screen for cannabis and cocaine at the roadside.

Campaigners said the changes were a “step in the right direction” while the government said they would save lives.

The new rules run alongside the existing law, under which it is an offence to drive when impaired by any drug.

The existing penalties mean drug drivers already face a fine up to £5,000, up to six months in prison and a minimum one-year driving ban.

The new regulations set low levels for the eight illegal drugs, with higher levels set for eight prescription drugs, including morphine and methadone.

Those using prescription drugs within recommended amounts will not be penalised.

Apart from using the “drugalysers”, officers can test for various drugs including ecstasy, LSD, ketamine and heroin at a police station, even if a driver passes the roadside check.

A government road safety THINK! campaign has also been launched to coincide with the new legislation.

“We know driving under the influence of drugs is extremely dangerous; it devastates families and ruins lives.

“The government’s message is clear – if you take drugs and drive, you are endangering yourself and others and you risk losing your licence and a conviction.”

The changes have been welcomed by the campaigning mother of a 14-year-old girl who was killed by a speeding driver who had smoked cannabis.

Lillian Groves died outside her home in New Addington, Surrey, in June 2010. The driver of the vehicle involved later received an eight-month jail sentence.

“We have fought tirelessly since losing Lillian, and our determination has brought about this significant change,” said Lillian’s mother, Natasha Groves.

“Those who continue to drive while on drugs from today will now have so much to lose.

“We have achieved this law change in Lillian’s name and her legacy will live on and our roads will be that bit safer.”

She said the legislation was now “fit for purpose”.

Institute of Advanced Motorists chief executive Sarah Sillars said the law was “a real step in the right direction” for the eradication of driving under the influence of drugs.

Tim Williamson, of the law firm Blake Morgan, said it would be advisable for motorists on medication to keep their prescription with them in the car.