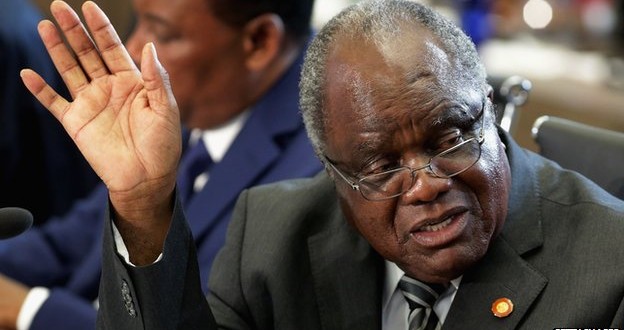 The $5m (£3.2m) award is given each year to an elected leader who governed well, raised living standards and then left office.

But the previous award was the fourth in five years to have gone unclaimed.

Mr Pohamba, a former rebel who fought for his country’s independence, has served two terms as Namibian president.

He was first elected in 2004, and again in 2009. He is due to be succeeded by President-elect, Hage Geingob.

Who is Hifikepunye Pohamba?

Mr Pohamba was a founding member of the South West Africa People’s Organisation (Swapo), an armed movement that waged a decades-long campaign against South African rule.

Since the country won independence in 1990, Swapo has dominated politics, usually winning huge majorities in elections.

Mr Pohamba, 80, was named recipient of the 2014 Ibrahim Prize for Achievement in African Leadership at a ceremony in Nairobi, Kenya.

Mo Ibrahim is a British-Sudanese mobile communications entrepreneur and philanthropist who made billions from investing in Africa.

He launched the prize to encourage African leaders to leave power peacefully.

The inaugural prize was awarded in 2007 to Joaquim Chissano, Mozambique’s former president, who has since acted as a mediator in several African disputes.