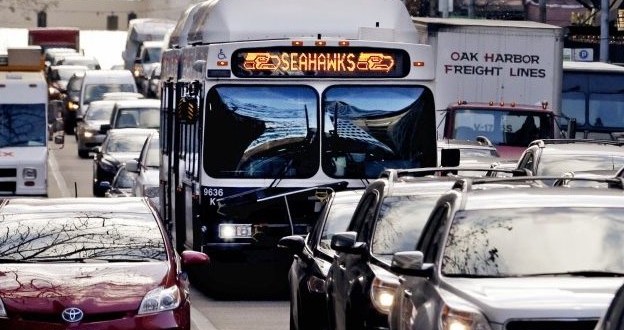 Seattle’s transport system has introduced a ticketing system this week that charges riders’ based on their income.

The programme – the first of its scale in the US – will provide discounted fares to people whose household income is no more than 200% of the federal poverty level.

Proponents say it is was necessary to address inequality after a city tech boom pushed residents into the suburbs.

Expensive transport systems compounded the problem as workers found they couldn’t afford even to get to work.

“It’s people doing really well, and people making espresso for people who are doing really well,” Dow Constantine, the King County executive and chairman of Sound Transit, a transportation agency serving several counties in the region said of the area’s economic make up.

San Francisco introduced a similar fare programme called Muni Lifeline in 2005 but 10 years later it still applies to less than 6% of their transport system card holders.

The project is being watched closely by other counties and states.

According to the American Public Transportation Association, more than 70 percent of America’s transport systems cut service, raised fares or did both during and after the recession.

“What Seattle has done is what others might consider,” Art Guzzetti, vice president for policy at the American Public Transportation Association told The New York Times. “Everyone is watching.”