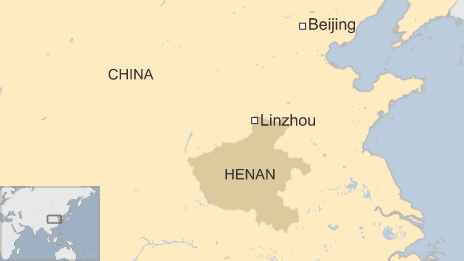 Twenty members of a Chinese opera company have been killed and 13 injured when their bus plunged off a cliff in Henan province, state media report.

Local officials said the crash happened early on Tuesday close to Linzhou city, in the north of Henan.

The Xinhua news agency, which carried a picture showing the mangled bus among trees, said rescue work was continuing.