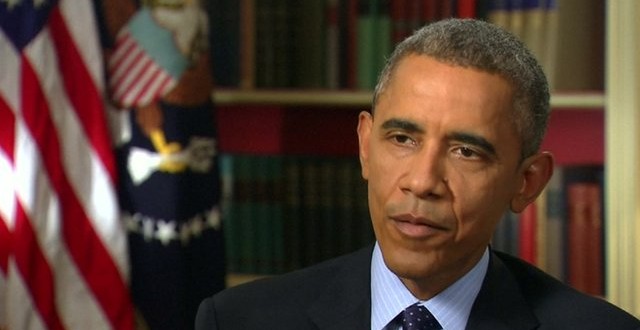 Iran should agree to freeze sensitive nuclear activity for at least a decade if it wants to strike a deal with the US, President Barack Obama has said.

However, the odds are against talks with Iran ending with an agreement, Mr Obama told Reuters news agency.

Negotiations on Iran’s nuclear programme are at a critical stage, with an outline agreement due on 31 March.

Israeli Prime Minister Benjamin Netanyahu is expected to urge the US Congress on Tuesday to oppose a deal.

He was invited to speak at the US Capitol by Republican House Speaker John Boehner, angering Democrats.

Mr Netanyahu – who faces domestic elections in two weeks’ time – will not meet Mr Obama during his visit to the US.

In his interview, the US president said disagreements over Iran would not be “permanently destructive” to the US-Israel relationship.

But Mr Netanyahu had been wrong on Iran before when he opposed an interim nuclear agreement struck last year, Mr Obama said.

None of that has come true, Mr Obama said.

Mr Netanyahu is due to be presented with a bust of Winston Churchill by the Republican speaker John Boehner, who controversially invited him to speak in Washington without discussing the matter with the White House.

The Israeli prime minister sees himself as Churchill’s heir, warning against Iran as Churchill warned against the Nazis.

But he’s also been accused of political calculation – helping out his Republican friends and making the speech part of his campaign in the Israeli general elections a fortnight from now.

The Obama administration is countering by pointing everything it does for Israel, from $20bn in military aid since President Obama was first elected to the use of the veto in the UN Security Council to protect Israel diplomatically.

Netanyahu speech is win-win for Iran

The US, along with the UK, France, Germany, Russia and China, are seeking to reach agreement to curtail Iran’s nuclear programme in exchange for sanctions relief.

They are trying to address concerns that Iran is seeking nuclear weapons technology, something Tehran denies.

US Secretary of State John Kerry is holding talks with Iranian Foreign Minister Zarif in Switzerland as part of the ongoing negotiations ahead of a 31 March deadline for a framework agreement.

The aim is then to secure a final deal by 30 June.

Mr Obama said that if Iran was willing to agree to “double-digit years of keeping their programme where it is right now and, in fact, rolling back elements of it that currently exist… and we’ve got a way of verifying that, there’s no other steps we can take” to ensure Iran does not have nuclear arms.

Mr Obama said that while a deal was still unlikely, it would be better than the alternatives.

The US goal is to make sure “there’s at least a year between us seeing them try to get a nuclear weapon and them actually being able to obtain one,” he said.

The Israelis say any agreement that leaves Iran with the potential to use a peaceful civilian nuclear programme for military means, now or in the future, is unacceptable.

“I have a moral obligation to speak up in the face of these dangers while there is still time to avert them,” Mr Netanyahu told the American Israel Public Affairs Committee (Aipac) conference in Washington on Monday.

The leading Republican and Democrat on the House foreign relations committee have sent a letter to Mr Obama highlighting their concerns about a deal.

They said Congress must be convinced that any pathway Iran might have to developing a nuclear weapon is shut off before Congress considers easing sanctions.

US national security adviser Susan Rice has warned Congress not to seek new sanctions against Iran while the talks with world powers are ongoing.

“Congress has played a hugely important role in helping to build our sanctions on Iran but they shouldn’t play the spoiler now,” she said in a speech to Aipac.