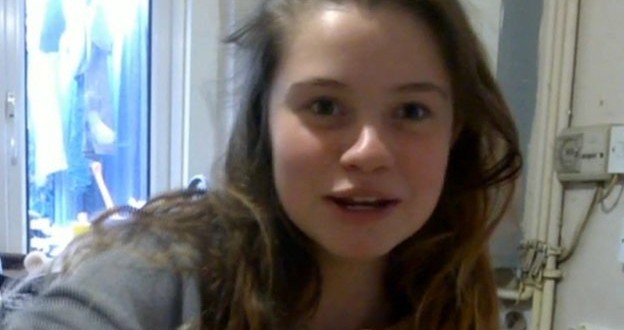 Becky Watts went missing from her family home on 19 February

Police investigating the disappearance of teenager Becky Watts say they have found body parts at a house in Bristol.

Four men and one woman have been arrested on suspicion of assisting an offender.

A 28-year-old man and 21-year-old woman remain in custody on suspicion of murder.

Becky, 16, was last seen at her home in St George, Bristol, on 19 February. Police said her family had been told the “devastating” news.

Det Supt Mike Courtiour, of Avon and Somerset Police, said officers attended a house at Barton Court in the Barton Hill area of the city after receiving new information on Monday night.

“The information suggested that Becky’s body had been cut up and a search at the new location resulted in the discovery of body parts,” he said.

“Although formal identification procedures have not yet been completed, we have made Becky’s family aware of this discovery.”

He said the latest five arrests – two men aged 29, two aged 23 and a woman aged 23 – were made as a result of the find. All seven arrested people remain in police custody.

Det Supt Courtiour added: “This is devastating news for Becky’s family and friends and our thoughts are with them. We will continue to offer every support we can to them during this terrible ordeal.”

A number of places, including three houses and woodland, have been searched as part of the investigation.

Becky had left home with her phone, laptop and tablet computer but did not tell her friends or family where she was going, or take extra clothing.

Avon and Somerset Police had said it was running six search teams in the hunt for Becky.

Experts from the National Crime Agency and College of Policing were also involved, and a police helicopter has been used in the search.