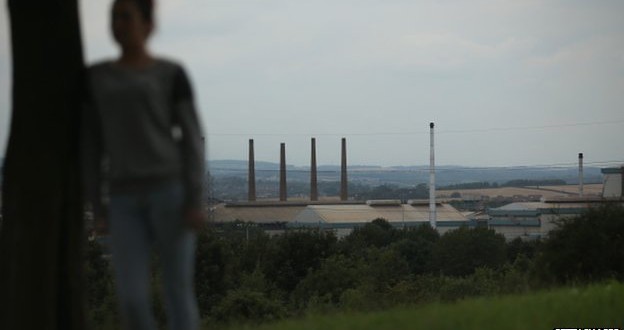 Teachers, councillors and social workers in England and Wales who fail to protect children could face up to five years in jail under new proposals.

The new measures, being unveiled by the prime minister, would see the crime of “wilful neglect” extended to cover children’s social care and education.

There would also be unlimited fines for individuals and organisations shown to have let children down.

And police will now prioritise sexual exploitation as a “national threat”.

We owe it to our children, and to the children who survive horrific sexual abuse, to do better”

This means such abuse will be treated in a similar way to serious and organised crime, with police forces, chief constables and police and crime commissioners having a duty to collaborate in order to protect children.

The government’s proposals – also to include a national helpline being set up to enable professionals to report bad practice – are a response to child abuse scandals in Rotherham, Oxford and elsewhere.

The proposals are being unveiled at a summit in Downing Street – attended by victims, survivors groups, ministers, police chiefs, council leaders, child protection experts, and health and social care providers.

Labour has criticised the summit as a “missed opportunity”, saying the government is not going far enough.

David Cameron will say that in Rotherham and elsewhere, children had been “ignored, sometimes blamed” with the issue of exploitation “swept under the carpet”.

He will also say: “That culture of denial which let them down so badly must be eradicated.

“Today I am sending an unequivocal message that professionals who fail to protect children will be held properly accountable, and council bosses who preside over such catastrophic failure will not see rewards for that failure.

“It is not just about introducing new policies. It is about making sure that the professionals we charge with protecting our children – the council staff, police officers and social workers – do the jobs they are paid to do.

“We owe it to our children, and to the children who survive horrific sexual abuse, to do better and ensure the mistakes of the past are never repeated again.”

Anne Longfield, England’s children’s commissioner: “What we’ve seen is a culture of denial”

The plans involve making it a criminal offence to wilfully neglect those at risk of, and victims of, child sexual abuse.

Social workers, education practitioners and local councillors would be covered by the sanction, which would be introduced as an extension of the crime of wilful neglect of patients by care workers in this year’s Criminal Justice and Courts Act. The plans are going out to consultation.

The Department of Health has also published new guidance on the role of school nursing services in preventing child sexual exploitation.

Shadow home secretary Yvette Cooper has called on the government to create a new offence of child exploitation.

She said: “We need a radical overhaul of our child protection system, but I fear this is a missed opportunity to get all the reforms we need.”

Anne Longfield, the new Children’s Commissioner for England, said there were “worrying levels” of abuse taking place across the country.

She told BBC Breakfast: “I think this is a very clear and symbolic signal that things need to change.

“We can’t have this situation where children suffering one of the most horrendous crimes you can think of, as young as 11 or 12, are being systematically ignored if they present to you.

“The firm message here is that professionals must respond.”

Britain has been rocked by a series of child sex abuse cases including those in Rotherham, Rochdale and Oxford.

An independent report found that at least 1,400 children were sexually exploited in Rotherham by gangs of men who were predominantly of Pakistani origin between 1997 and 2013.

The report author Professor Alexis Jay said that girls as young as 11 were raped by “large numbers of male perpetrators”.

Prof Jay, who is taking part in Tuesday’s summit, said the issue had been made worse in some cases by the attitude of professionals.

She said: “Social workers were found to describe the issues as being lifestyle choices by some of the children and young people concerned.

“And the police, in my experience, certainly were extremely derogatory in the way they addressed and described the young people concerned.”

She said a culture change across the country was needed, adding that “there are issues around child sexual exploitation in virtually every community”.

Education Secretary Nicky Morgan said the culture had to be changed “in local authorities, in police forces and in other organisations”.

She told the BBC: “What we saw in Rotherham was there was an organisation that was reporting this, and their concerns were not acted upon.

“You can have all the rules you like, but actually at the end of the day you also… have to tackle this culture of denial.”

A serious case review into the Oxford abuse is due to be published on Tuesday, with police and social services expected to be severely criticised.

The Guardian has reported the review will say there were more than 300 victims, and lead investigator Det Ch Insp Simon Morton, who is now retired, told BBC Newsnight police “completely let the girls down”.

“There is no hiding, there is no explanation for the victims. And the review has identified many areas that the authorities were weak in,” he said.

Have you been affected by issues covered in this story? What is your reaction to the government’s proposals? Email your comment to [email protected]. A selection of your comments may be published, displaying your name as you provide it and location, unless you state otherwise. Your contact details will never be published.