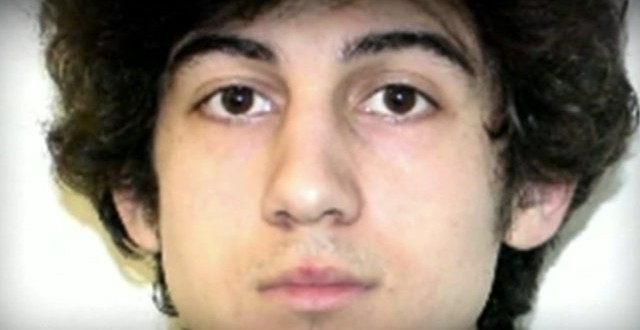 Dzhokhar Tsarnaev could face the death penalty if he is found guilty, as Nick Bryant reports

The trial of the man accused of planting bombs close to the finish line of the Boston Marathon two years ago gets under way in the city shortly.

Dzhokhar Tsarnaev, 21, denies more than 30 counts of using a weapon of mass destruction.

Three people, including an eight-year-old boy, were killed after two pressure cooker bombs packed with nails, ball bearings and other shrapnel detonated.

More than 260 people were injured, with many losing limbs.

Mr Tsarnaev is also accused of killing a police officer in the days after the bombing.

The two were photographed at the scene minutes before the blast

A huge police man hunt followed the attacks, culminating in Mr Tsarnaev’s arrest and the death of his elder brother Tamerlan, who was also suspected of the bombings.

It took the court more than two months to select a jury.

Over 1,300 potential jurors were considered, with many rejected on the grounds they had already made their minds up about Mr Tsarnaev’s guilt, or were not willing to vote for execution if he is found guilty – something prosecutors are pushing for.

His defence team repeatedly tried to have the hearing moved out of Boston, saying a fair trial would be impossible in the city.

They are expected to argue that his elder brother was the driving force behind the attack.

But the prosecution will argue that the brothers – both ethnic Chechens – set off the bombs as an act of retaliation against the US for its military action in Muslim countries.

They plan to show jurors panels of the boat which Dzhokhar Tsarnaev was found by police in, where he had allegedly scrawled anti-US messages.