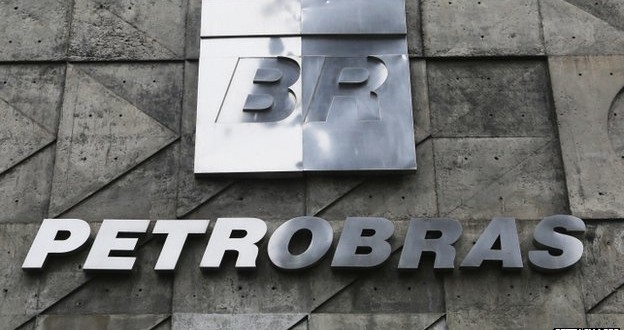 Petrobras has 87,000 employees and is seen as a pillar of Brazil’s economy

Brazil’s chief prosecutor has asked the Supreme Court to investigate 54 people, including politicians, for alleged involvement in a huge kickback scheme at the state-run oil firm Petrobras.

Investigators allege firms paid inflated prices for Petrobras contracts and money was funnelled to the ruling Workers Party (PT) and its allies.

This has been denied by the party and President Dilma Rousseff.

The politicians’ names were not released by prosecutor Rodrigo Janot.

The move takes Brazil’s biggest corruption scandal, which has so far focussed on companies, into the political sphere.

The scandal has led Petrobras’ shares to drop and the company has lost about $100bn (£65bn) in value since September, with the crisis casting a long shadow in South America’s biggest country, the BBC’s Julia Carneiro reports from Rio de Janeiro.

Mr Janot asked for 28 separate inquiries to be opened into the activities of politicians who allegedly benefitted from the alleged scheme.

“Those who must pay will pay. We’re going to investigate. This will be a long process, we’re just now beginning,” he told reporters.

Petrobas has seen a swift reversal in its fortunes, as Julia Carneiro reports

Last month, PT treasurer Joao Vaccari Neto was questioned over the alleged scheme and then released.

This followed an accusation by a former Petrobras executive that Mr Neto had diverted money from the company into the coffers of the party and its allies.

The PT later issued a statement, saying the accusations against him were unfounded lies and the party only received legal contributions.

She chaired the board of the company for seven years when much of the corruption is believed to have taken place.

Under Brazilian law, politicians and cabinet members can only be tried by the Supreme Court. It is made up of four judges, and a fifth is expected to be appointed soon by Ms Rousseff.

The investigation into Petrobas – dubbed “Operation Carwash” – and any resulting trials are expected to take several years, our correspondent says.

Analysts say because the state-owned giant has not yet been able to say exactly how much money it has lost to corruption, no-one knows for sure how much its assets are really worth.

Petrobas is one of the largest oil businesses in the world with interests in Asia, Africa and the Middle East, and production of 2.5 million barrels of oil per day.

It has 87,000 employees and is seen as Brazil’s engineering success story, helping the country to maintain control over its oil and natural resources.

In December, prosecutors charged executives from six of the country’s largest construction firms for allegedly forming a cartel and channelling kickbacks into a Petrobras scheme to pay politicians.