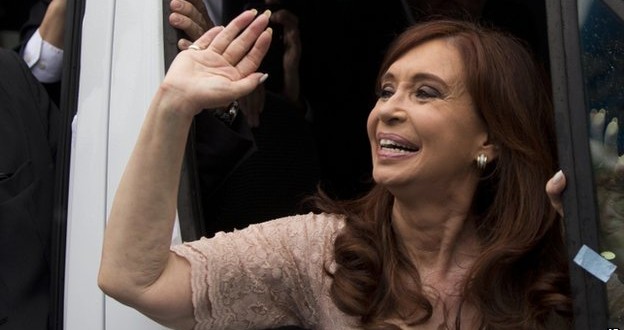 Cristina Fernandez, who leaves office in December, made her last speech to Congress on Sunday

A prosecutor in Argentina has appealed against a judge’s decision to throw out a controversial case against President Cristina Fernandez de Kirchner.

She had been accused of covering up the alleged involvement of senior Iranian officials in a 1994 bomb attack against a Jewish centre in Buenos Aires.

Last week, Federal Judge Daniel Rafecas said he was throwing out the case against Ms Fernandez after carefully examining a 350-page report prepared by special prosecutor Alberto Nisman before his unexplained death in January.

The case has dominated the Argentine media for most of this year.

No one has been convicted for the attack against the Amia building, which happened on 18 July 1994

Judge Rafecas said there was not a single piece of evidence that pointed to Ms Fernandez.

Mr Nisman was found dead in his apartment on 18 January with a bullet wound to the head hours before he was due to testify in Congress against Ms Fernandez and Foreign Minister Hector Timerman.

It is not clear whether he was murdered or killed himself.

The government has rejected any role in his death.

Ms Fernandez said Mr Nisman had been fed misleading information by a rogue intelligence agent who was trying to discredit her government.