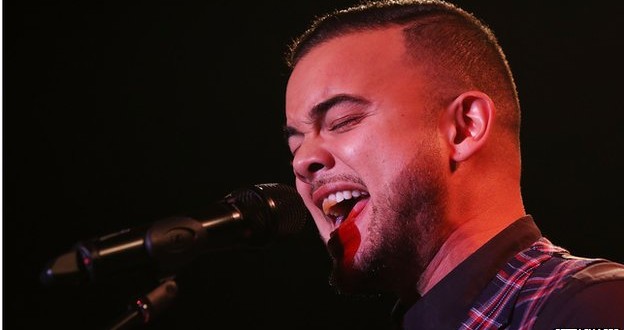 Guy Sebastian was the winner of the first Australian Idol competition

Former Australian Idol winner Guy Sebastian has been chosen to represent Australia at its debut Eurovision Song Contest in May.

The announcement was made in a ceremony at the Sydney Opera House on Thursday morning.

Australia was given a wildcard entry to the 60th edition of the competition, to be held in Vienna, Austria.

The country has been fast-tracked to the final and so will not have to compete in the earlier rounds.

Sebastian won the first ever Australian Idol competition in 2003 and has since had eight top ten albums and two number one singles.

Eurovision is hugely popular in Australia – three million watched the competition in 2014.

The European Broadcasting Union said the country had been given a pass to the final “to not reduce the chances” of the semi-final participants.

Australia will be allowed to vote in both semi-finals, as well as the grand final.

The possibility of allowing the public to have a 50% stake in the Australian vote through televoting is also being explored.

Australians have participated in the competition before, representing other countries. Olivia Newton John sang for the UK in 1974 – coming fourth – as did Gina G in 1996. Jane Comerford represented Germany in 2006.