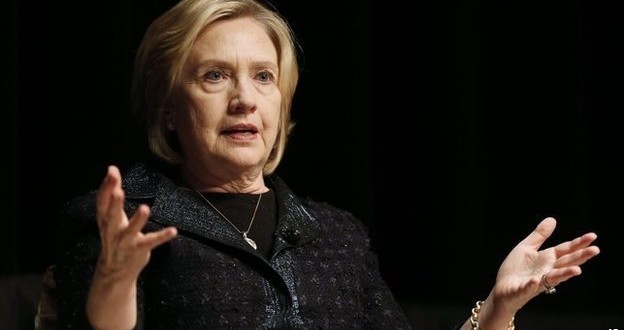 Hillary Clinton has responded to a growing controversy over her emails when she was US secretary of state by urging officials to release them.

She tweeted: “I want the public to see my email.”

This came after her emails were subpoenaed by a congressional committee investigating the deadly attack on the US embassy in Benghazi in 2012.

The state department is examining her use of a personal email account as a possible breach of federal law.

The controversy has put Mrs Clinton under pressure as she is widely believed to be planning a bid for the Democratic presidential nomination in 2016.

In the tweet, Mrs Clinton wrote: “I asked State to release them [emails]. They said they will review them for release as soon as possible.”

It was revealed on Wednesday that Mrs Clinton had her own internet server at her home in New York.

As the secretary of state in 2009-2013, Mrs Clinton did not have a government email address, the US state department told The New York Times.

Government watchdogs and former officials from the National Archives and Records Administration told the newspaper that Mrs Clinton’s use of private email alone, without any government account, was a serious breach.

The matter has been complicated by Associated Press reports that an internet server was registered under the name of Eric Hoteham at Mrs Clinton’s home in Chappaqua, New York.

The correspondence of federal officials is considered government records under federal law and Mrs Clinton has already had to hand over 55,000 pages of emails to the State Department.

On Tuesday, Nick Merrill, a spokesman for Mrs Clinton, declined to say why she used a personal account at the state department, but defended its use.

Mrs Clinton had complied with the “letter and spirit of the rules”, Mr Merrill said.

Mrs Clinton’s tweeted statement came just hours after the Republican-led congressional committee had demanded that Mrs Clinton turn over all emails relating to the Benghazi attack in which US ambassador Christopher Stevens was killed.

The chairman of the Benghazi committee, Trey Gowdy, told reporters “I want the documents. Sooner rather than later.”

Democrats on the committee have criticised the decision arguing it is a politically-motivated hunt by Republicans,

“Everything I’ve seen so far has led me to believe that this an effort to go after Hillary Clinton, period,” said Elijah Cummings.