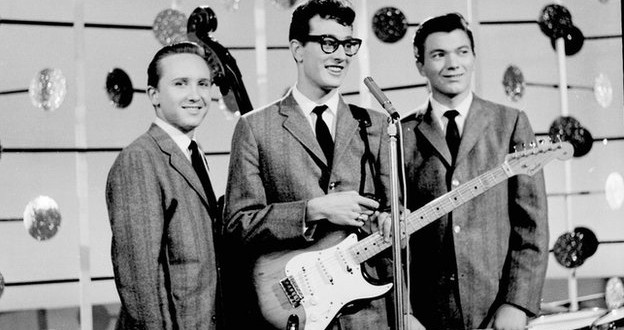 The plane crash that claimed the lives of three rock ‘n’ roll stars, including Buddy Holly, could be investigated afresh by US transport safety experts.

The 22-year-old Holly, Ritchie Valens and Jiles P Richardson – known as the Big Bopper – died in a crash shortly after take-off in Iowa in 1959.

The pilot of the single-engine Beechcraft Bonanza was also killed.

On Wednesday, the US National Transportation Safety Board said it was reviewing a request to reopen a probe.

“We are reviewing the petition to reconsider the Buddy Holly crash, based on criteria in our ‘regs’,” it said in a statement.

There were two reasons given for the crash by the Civil Aeronautics Board, which carried out the investigation 56 years ago.

The first was pilot error by 21-year-old Roger Peterson and the second attributed factor was a poor weather briefing given to him.

Holly was born in Lubbock, Texas, as Charles Hardin Holley

According to NTSB rules, petitions must be based on the discovery of new evidence or indications that previous conclusions were inaccurate.

According to the Mason City Globe Gazette, the NTSB received the request from a pilot from New England called LJ Coon.

He told the paper he believes the pilot’s “heroic” actions could be seen in a new light.

Holly had only hired the plane after heating problems developed on his tour bus.

The trio had just completed a concert in Clear Lake, Iowa, and were heading to the next tour date in Moorhead, Minnesota.