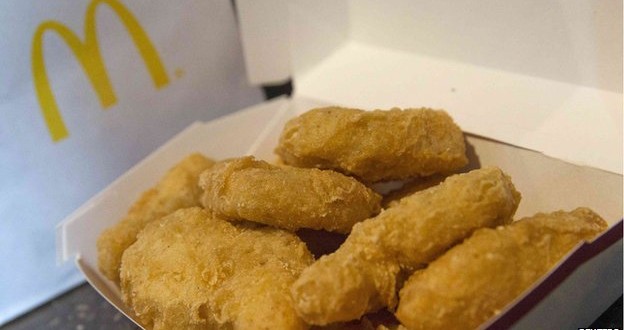 The world’s biggest restaurant chain, McDonald’s, will stop US purchases of chicken injected with antibiotics important to human medicine.

Chicken served in the company’s 14,000 US restaurants will be free of such antibiotics within two years, it said.

The move comes amid concerns that the overuse of antibiotics in chicken may affect the drugs’ effectiveness in fighting diseases in people.

McDonald’s has been battling to win back customers amid slowing sales.

Many poultry producers give their birds antibiotics to make them grow faster. But overuse of the drugs could lead to them becoming less effective in treating illness and disease in humans.

McDonald’s worldwide like-for-like sales – which strip out the effect of new restaurants opening – fell by a more-than-expected 1.8% in January on the back of a supplier scandal in China.

Its image was also tarnished after a human tooth was found in a portion of fries in Japan last year. The firm issued an apology in January.

In a statement, Marion Gross, senior vice-president of North America supply chain, said that McDonald’s “believes that any animals that become ill deserve appropriate veterinary care and our suppliers will continue to treat poultry with prescribed antibiotics”.

But after treatment, the bird “will no longer be included in our food supply”.

However, McDonald’s chicken will be given ionophores, an antibiotic which helps keep chickens healthy but is not used for humans.

The company also said that dairy products, such as low fat white milk and fat-free chocolate milk, would be derived from cows that have not been treated with rbST – an artificial growth hormone.

“While no significant difference has been shown between milk derived from rbST-treated and non-rbST-treated cows, we understand this is something that is important to our customers,” Ms Gross said.

The changes come in response to growing US consumer demand for food made with natural ingredients only.

Last month, Swiss food giant Nestle announced that it would be removing all artificial flavours and colours from its chocolate products in the US.