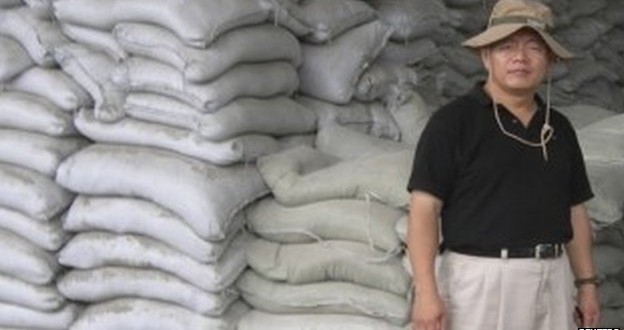 It is not clear why Reverend Lim has been detained

A pastor from a Canadian church has been detained by North Korea, Canada has confirmed to his family and church.

Reverend Hyeon Soo Lim, 60, was a regular traveller to North Korea where his church said he was engaged in humanitarian work.

He has not been heard from since he arrived at the end of January.

North Korea periodically detains foreign nationals, particularly those linked to religious activity – which is restricted inside the country.

US citizens are generally held the longest. North Korea is seen as using them to try to extract political concessions.

Rev Lim’s church, the Light Korean Presbyterian Church in Ottawa, had announced his disappearance earlier this week and said the Canadian government had now confirmed he was in detention.

The pastor helped run a nursing home, a nursery and an orphanage in the Rajin region and his work was not political, they said.

But Rev Chun Ki-Won, the director of a Seoul-based Christian group which helps rescue and resettle North Korean refugees, said reports from his contacts in the country indicated that Rev Lim had been summoned to Pyongyang on arrival for unknown reasons.

He told the AFP news agency that some of Rev Lim’s projects were linked to associates of Jang Song-Thaek, the purged and executed uncle of North Korean leader Kim Jong-un.

Canada advises against all travel to North Korea and has no diplomatic presence in the country.