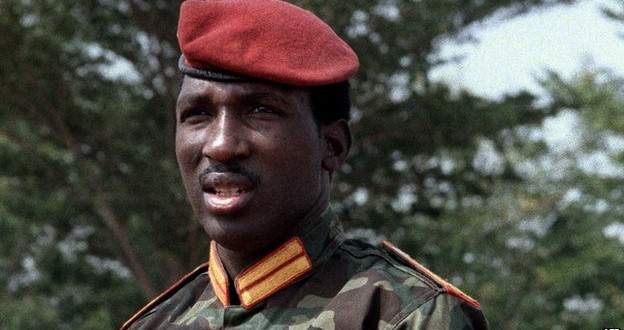 Thomas Sankara was one of Africa’s most idealised leaders

The government of Burkina Faso has ordered the exhumation of the remains of Thomas Sankara, the former president who was killed in a 1987 coup.

The move means the remains can be formally identified – a long-standing demand of Mr Sankara’s supporters, who wanted proof that the remains were his.

Mr Sankara – seen as Africa’s Che Guevara – was hastily buried in a coup led by his successor, Blaise Compaore.

While he was in office, a Burkina Faso court blocked a request by Mr Sankara’s family for his remains to be exhumed.

Mr Compaore has always denied being involved in the ex-leader’s killing, insisting that the “facts are known” and he has “nothing to hide”.

Mr Sankara remains popular in many parts of Africa

The new government in Burkina Faso, headed by Michel Kafando, said Mr Sankara’s family would be given the means to help identify the corpse, according to the AFP news agency.

Miriam Sankara, the former leader’s widow, told the BBC French service the family had not asked for the government’s help – and had yet to be officially contacted.

“We, the family… cannot exhume the corpse,” she said. “We want the judiciary to do it.

Mr Sankara, a Marxist revolutionary, became president in 1983 after an internal power struggle. He led his country for four years until his death at the age of 37.

Who was Thomas Sankara?