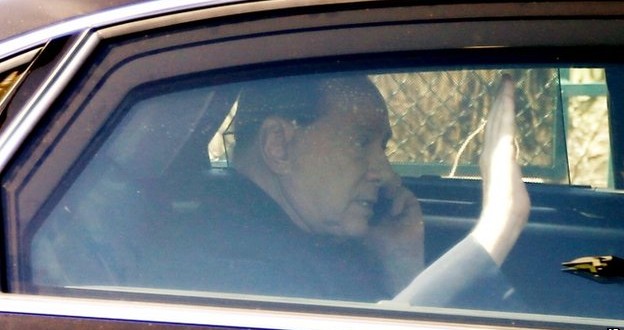 Berlusconi has vowed to return to the care home, although he has completed his community service there

Berlusconi, 78, has spent four hours a week with elderly dementia patients since May last year.

He told reporters at the care home near Milan where he has been working he intends to “continue the experience” in his free time.

He looked cheerful as he arrived for his final visit to the care home.

“The time spent with the sick, with the volunteers, with the health and social workers, has been a moving experience,” he said.

Berlusconi was once a cruise ship entertainer and had serenaded residents during his sentence, La Repubblica newspaper reported.

Next week a court is due to review his acquittal for paying for sex with an underage prostitute, which could mean a retrial for Berlusconi.