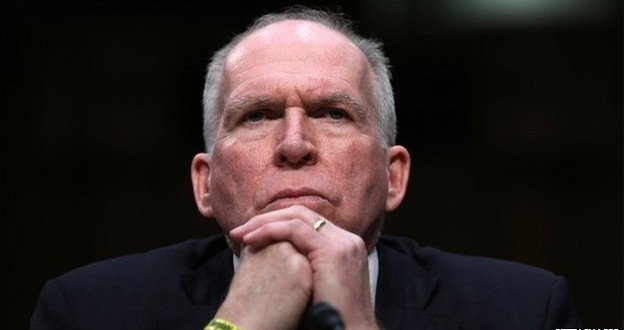 CIA director John Brennan has ordered one of the largest reorganisations of the spy agency in its history.

In a memo to staff, the director said that the changes were driven by a wider range of threats and the impact of technological advancements.

The reforms aim to impose greater accountability on managers and to improve cyber capabilities.

The biggest change is the breakdown of the division between operators and analysts.

Historically, those who run operations and those who interpret the intelligence they gather have been kept separate in different divisions and offices.

Under the new plans they would brought together in 10 “Mission Centres”, each run by an assistant director.

There are a handful of such facilities at the moment, including the Counter Terrorism Centre, where analysts and operators have worked side by side for the past decade.

In his memo to staff, the spy chief highlighted the dangers presented by cyber terrorism, but also the opportunities that technological advancement offered the agency.

He called on the CIA to “embrace and leverage the digital revolution” and announced the creation of the Directorate of Digital Innovation.

Mr Brennan told reporters that the cell-like nature of the agency often meant that there was no one person he could hold accountable for a spying mission.

“There are a lot of areas that I would like to have better insight to, better information about, better access to,” Mr Brennan said.

Correspondents say the changes are a result of increasing concerns that the CIA’s focus on terrorism following the September 11th attacks has blunted its abilities to deal with other threats.

The move to greater accountability comes after Mr Brennan admitted that some officers had acted beyond their authority following a 2014 Senate report that criticised the agency’s use of enhanced interrogation methods.

Responding to the report, the director admitted that some of the methods were “abhorrent” but defended the CIA’s record.