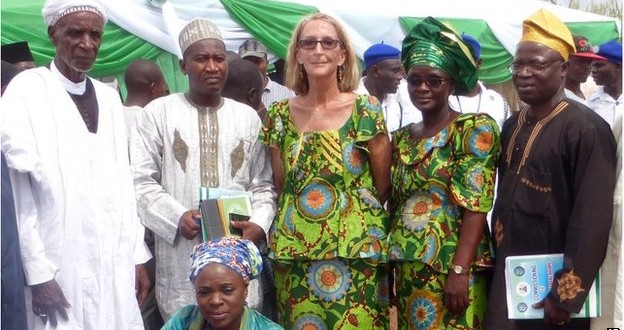 US missionary freed in Nigeria

Phyllis Sortor was abducted on the 23 February

A US woman abducted last month by masked gunmen in central Nigeria has been released, officials say.

Phyllis Sortor was working as a Christian missionary when she was taken from the Hope Academy compound in Kogi state on 23 February.

Kogi state police said she had been rescued and returned safely to US authorities.

Spokesman Collins Sola Adebayo told AFP news agency that no ransom was paid “as far as police are concerned”.

Ms Sortor is now in the care of authorities and church leaders, the Free Methodist Church USA said on Friday.

“Phyllis was aware there were risks associated with her ministry, but also knew there are very few places in the world without risks and dangers,” it said in a statement

The circumstances surrounding her release are unclear. Her Church added said that “many, many people” had helped secure Ms Sortor’s freedom but would not give details.

Correspondents say that abductions have become a strategy that earns kidnappers millions of dollars a year.

Scores of expatriates targeted in the south, centre and north of the country – some by Boko Haram Islamist militants.