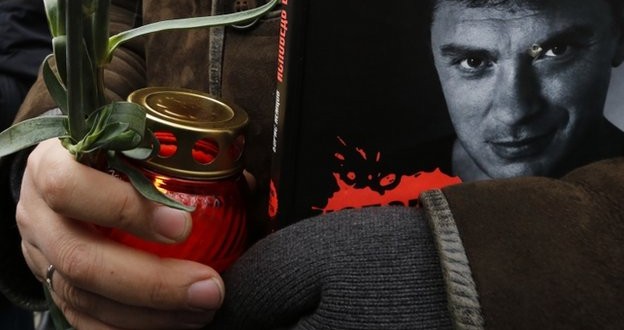 Two men have been detained over the murder of Russian opposition politician Boris Nemtsov, the head of the Federal Security Service (FSB) has announced.

President Vladimir Putin has been informed of their detention, he added.

The murder last month of the veteran liberal politician, on a bridge within sight of the Kremlin, shocked Russia.

The former deputy prime minister, 55, was shot in the back four times on the night of 27 February as he was walking on the street with his girlfriend. He was buried in Moscow on Tuesday.

Mr Bortnikov gave no details of how and where the suspects were detained, in the brief statement carried by Russia’s state-owned Channel One, but he did say the investigation was continuing.

Mr Bortnikov also told Russian news agencies that the suspects were both from the Caucasus region.

A source said to be familiar with the investigation told Russia’s Interfax news agency that the two detainees were suspected of carrying out the killing.

The car allegedly used by the suspects was found and evidence gathered in the vehicle was used along with phone records to indentify the suspects, the source said.

Flowers have been heaped at the spot where Nemtsov was shot

That the announcement was made on state television by the head of the FSB is a clear sign that the Kremlin wants to be seen taking this case extremely seriously, says the BBC’s Sarah Rainsford in Moscow.

President Putin has publicly condemned the murder and called for an end to “shameful” political killings in Russia.

But leading opposition figure Alexei Navalny accused the Kremlin of ordering the assassination in order to cow the opposition amid Russia’s mounting economic problems.

Russian investigators have publicly offered multiple motives ranging from Nemtsov’s business dealings to his condemnation of the Charlie Hebdo attack in Paris.

Nemtsov was killed just days before a march he was organising against the war in Ukraine.

Some 50,000 people attended a rally near the Kremlin in protest at his death on 1 March and thousands turned out to pay their respects on the day of his funeral.