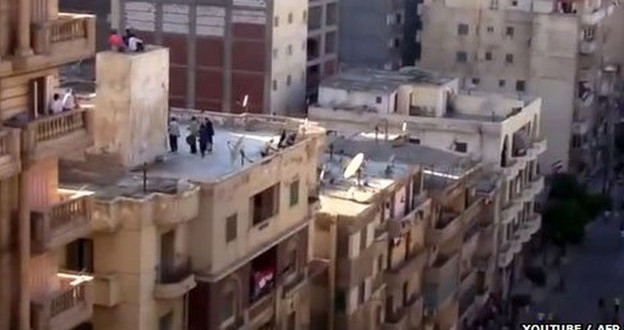 The authorities in Egypt have carried out the first execution over the violence that followed the overthrow of President Mohammed Morsi in 2013.

Mahmoud Ramadam, a supporter of the deposed leader and convicted of murder, was hanged, the interior ministry says.

The charges related to an incident when youths were thrown from a building in the city of Alexandria.

Mass trials and a crackdown on Islamists and the Muslim Brotherhood followed Mr Morsi’s removal.

The violence in Alexandria’s Sidi Gaber district broke out in the days after the army deposed Mr Morsi on 3 July 2013, following mass protests against his rule.

The state news agency Mena reported that 18 people were killed in the clashes.

Footage of two youths being thrown from a roof in the Mediterranean city was widely broadcast in Egypt at the time. One of them died.