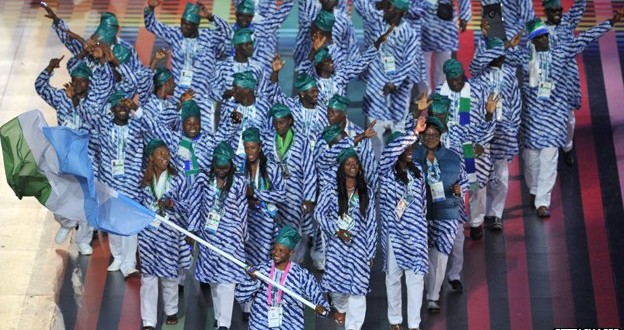 A sprinter from Sierra Leone who has been sleeping rough on the streets of London is facing deportation after being arrested.

Jimmy Thoronka, 20, was his country’s top 100m runner but did not return home to Africa after the Commonwealth Games in Glasgow last year amid Ebola fears.

The Met Police said he was arrested on Friday for immigration offences and is now with the UK Border Force.

A Home Office spokeswoman said only: “We cannot comment on individual cases, but there is assistance available for people to return home when they are not entitled to remain in the UK.”

Thoronka said he could not return to his home country as he could not make it there alone and so stayed with friends in Leicester before going to London.

“Some days I get no food at all. I wash in public toilets and sleep in the park,” he told the Guardian.

An appeal started by Cambridge student Richard Dent on Friday afternoon to raise money for Mr Thoronka stood at £12,000 just over 24 hours later.

Mr Dent, who has never met Mr Thoronka, said he was “very affected” by his case and wanted to do something to help.

A separate petition has gathered more than 1,000 signatures.

Thoronka arrived in Glasgow with his team-mates in July, just as the Ebola outbreak in his home country was declared a public health emergency. The death toll from the virus in Sierra Leone is now more than 3,500.

Thoronka said his visa ran out last year and he had not been working illegally, nor claiming benefits or housing and understood the legal implications of remaining in the UK after his visa had expired.

Up to 30 of the country’s athletes wanted to extend their visas past September last year to stay in the UK – two were tested and given the all-clear for the disease on their arrival in Scotland.

Thoronka, described by Sierra Leone Athletics Association Abdul Karim Sesay as “a brilliant sprinter, a natural athlete and extremely fast”, competed in one 4x100m relay at the Games, but failed to win any medals.

He recorded a best time of 10.58 seconds for the 100m sprint before the competition.

He was the first athlete in Sierra Leone to carry the Queen’s baton in the run-up to the Games.

Sesay said: “Many of the athletes have lost their families to the virus and I am looking after 10 of them at my house. It is a very difficult time.”

“The picture here is very bleak.

“Jimmy’s chances to become one of the world’s greatest sprinters would be much better if he could stay in the UK and find someone to sponsor his training.”