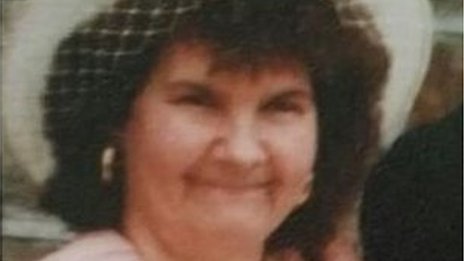 Inquiry after four killed in crash

Investigations are continuing into a crash in Powys which left four people dead and three others seriously hurt.

Two boys, 17, from Barry, and a girl, also 17, died following the two-car collision near Storey Arms, Brecon, along with Margaret Elizabeth Challis, 68, from Merthyr.

Five teenage male drivers were arrested on suspicion of dangerous driving after the incident late on Friday.

It is believed they had been travelling in convoy at the time.

Police said two more teenagers, aged 17, were arrested on Saturday night, but all seven had now been released on bail.

Floral tributes have been left at the scene of the collision

Dylan Jones, head teacher at Ysgol Bro Morgannwg school in Barry, confirmed a sixth form pupil had died along with a former pupil. A third student was seriously injured in hospital, he said.

A statement on the school’s website reads: “Following a car accident we received some sad news about our pupils.

“Our thoughts and sympathies are with their families and we wish a speedy recovery to all those who have also been injured in the incident.”

The school is preparing support for pupils on Monday.

The road was closed for about 12 hours while police investigated

Supt Chris Curtis, from Dyfed-Powys Police, said the force was investigating what happened.

“This is a tragic incident and our thoughts are with the families at this difficult time,” he said.

One motorist who arrived on the scene shortly after the crash described seeing a car engine lying in the road.