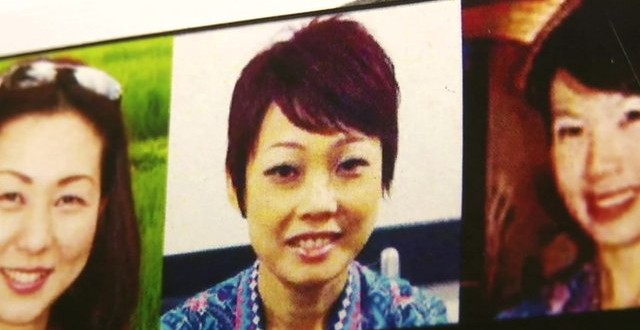 Many family members continue to believe their loved ones are still alive, as Jennifer Pak reports

Families of those missing on Malaysia Airlines flight MH370 have rejected a report issued on the first anniversary of the plane’s disappearance.

The interim report gives no new clues as to what happened to the plane. One relative described it as useless.

It does reveal that an underwater locator beacon battery had expired a year earlier, but it is unclear whether this affected the search.

The airliner was flying from Kuala Lumpur to Beijing when it vanished.

Malaysia and Australia say they remain committed to finding the missing plane.

As families of the 239 passengers and crew held remembrance ceremonies on Sunday, some expressed their frustration with the report.

It contains masses of technical information about the missing aircraft, its maintenance record, the background of the crew, and the various air traffic control and military radar tracking records of the plane, says the BBC’s Jonathan Head.

But the report offers no significant new information which might explain where the plane went, or what happened to it, adds our correspondent.

Sarah Bajc, whose partner Philip Wood was on board, ridiculed the fact that investigators had interviewed just 120 people.

“That’s less than our tiny underfunded private investigation has done,” she said, referring to a private inquiry launched by a group of next-of-kin.

Raymund Gagarin, whose cousin Anne Daisy was one of the passengers, said he believed the government was hiding information from families.

“It’s just taking a lot of people’s emotion on a big merry-go-round. It’s a bit cruel,” he added.

Of all the many theories about what happened to MH370, the idea that it might have been diverted to a remote airfield and its passengers taken off, seems the least plausible. What motive could the mysterious hijacker have had? No demands have been made.

But it is a theory that Wen Wan Cheng is clinging to with defiant certainty. And who can blame him? The 64 year-old property developer from Shandong had his son, Wen Yong Sheng, on board the ill-fated flight. Until he sees some evidence of what happened to the plane, he believes his son must still be alive.

The Malaysian authorities still insist the best theory is that the plane crashed into a remote part of the southern Indian Ocean, after being diverted and flying south for several hours.

But they lost the trust of the families early on due to their clumsy and confused response to the disappearance. The inexplicable absence of any wreckage, one year on, allows relatives to hold on to the near-impossible hope that some of the 239 passengers and crew may have survived.

One woman’s year with no news

Another relative described the report as “useless”.

“We don’t accept the announcement from Malaysia on January 19 that said the event was an accident,” said the woman in the Malaysian capital, Kuala Lumpur, who did not give her name.

“I’m concerned that our government will stop searching for the aircraft,” he added.

Earlier this year, the Malaysian government declared flight MH370 to have been lost with all on board, in a move it said was necessary to start processing compensation claims for the families.

Australia’s Prime Minister Tony Abbott said the search would move to a different area if the current operation was unsuccessful.

“We owe it to the families of the dead, we owe it to the travelling public to do whatever we reasonably can to resolve of this mystery,” Mr Abbott told reporters on Sunday.

Malaysian Prime Minister Najib Razak said the search team had followed the “little evidence that exists” but remained “hopeful” that the plane would be found.

“No words can describe the pain the families of those on board are going through. The lack of answers and definitive proof – such as aircraft wreckage – has made this more difficult to bear,” he added.

Earlier on Sunday, the families of MH370 crew members held a remembrance ceremony at the house of missing in-flight supervisor Patrick Gomez.

“We’re always thinking exactly what happened on that day itself, the conversations that we were having, the tears, the hugs that we were giving each other,” said his wife, Jacquita Gonzales.

The search for Flight MH370

Could it have been suicide?

How the search is conducted