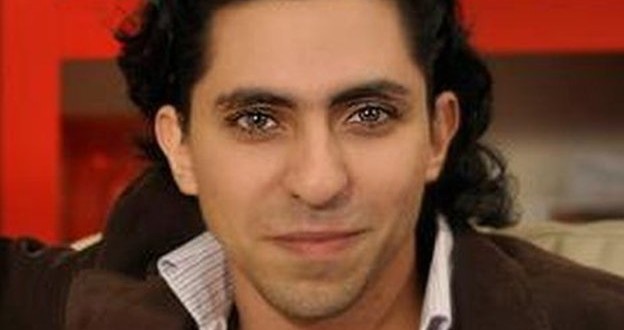 Raif Badawi’s punishment has drawn condemnation around the world

Saudi Arabia has expressed “surprise and dismay” at international media reports criticising the flogging of a Saudi blogger for insulting Islam.

In its first official statement on the case the foreign ministry said it rejected any interference in its internal affairs.

Raif Badawi was sentenced to 1,000 lashes and 10 years in jail last year.

The foreign ministry said it could not accept any impingement on the country’s sovereignty, or on the impartiality of its judiciary system.

“The kingdom unequivocally rejects any aggression under the pretext of human rights,” it added.

Mr Badawi’s case has prompted international protests and was raised by several governments.

Activists of the global civic movement Avaaz handed over 1.1m signatures to a petition to Sigmar Gabriel as he left Berlin for Riyadh on Saturday

Germany’s economic affairs minister and vice-chancellor, Sigmar Gabriel, currently on a visit to Saudi Arabia, was urged by MPs and human rights organisations to take up Mr Badawi’s case while in Riyadh.

Before going into a meeting with King Salman, Mr Gabriel said “the harshness of this sentence, especially the corporal punishment, is something unimaginable for us and of course it weighs on our relations”.

Mr Badawi’s 1,000 lashes were scheduled to be administered over 20 weeks.

He received his first 50 lashes outside a mosque in Jeddah in January, but subsequent rounds have been postponed.

Mr Badawi established the Liberal Saudi Network, a now-closed online forum that sought to encourage debate on religious and political matters in 2008.

In 2012, he was arrested and charged with “insulting Islam through electronic channels”.

In 2013 he was cleared of apostasy, which could have carried a death sentence.

Saudi Arabia enforces a strict version of Islamic law and does not tolerate political dissent. It has some of the highest social media usage rates in the region, and has cracked down on domestic online criticism.