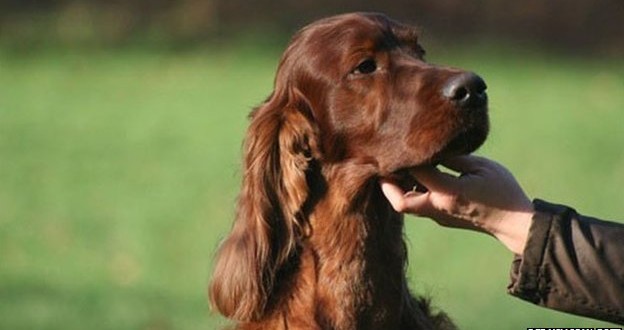 A dog has died after competing at Crufts, amid claims he was poisoned.

Three-year-old Thendara Satisfaction, known as Jagger, is understood to have collapsed and died after returning home to Belgium on Friday.

Police in Belgium are investigating and a full toxicology report is expected next week.

The husband of Jagger’s co-owner said: “I can only hope it wasn’t an act of jealousy by another competitor, but just a lunatic.”

Jagger, who came second in his class at Birmingham’s NEC on Thursday, is owned by Belgian Aleksandra Lauwers and Leicester-based breeder Dee Milligan-Bott.

A full toxicology report is expected to reveal more next week

Mrs Lauwers’s husband Willem said the couple was “devastated” by the death.

“My wife has to go and give a statement to the police tomorrow and we’ll see what happens,” he said.

“We’re quite successful and that can of course make people jealous,” he said.

He said CCTV from the NEC was being analysed, but the number of dogs and members of public at the event could make it very difficult.

‘We all love dogs’

Co-owner and breeder Dee Milligan-Bott said she could not believe another exhibitor was responsible.

“We compete week-in, week-out against each other and we have one thing in common, we all love dogs,” she said.

“I think and hope it was a random act by someone who hates dogs, an opportunist.

“We’ve had support from fellow competitors from all over the world. These are people I compete against and many of them have been in tears.”

Mrs Milligan Bott said a post mortem conducted by the vet had showed Jagger had been poisoned and a full toxicology report was expected to reveal more next week.

“We should have been celebrating this week, but we haven’t been,” she said.

The Kennel Club, which organises Crufts, said it was unclear what had happened but it would support the police in their investigation.

“We are deeply shocked and saddened to hear of Jagger’s death and our heartfelt sympathies go out to his owners,” a spokesperson said.

“We are in contact with the owners and will do all we can to support them at this sad time.”

Jagger had just won second place in his category