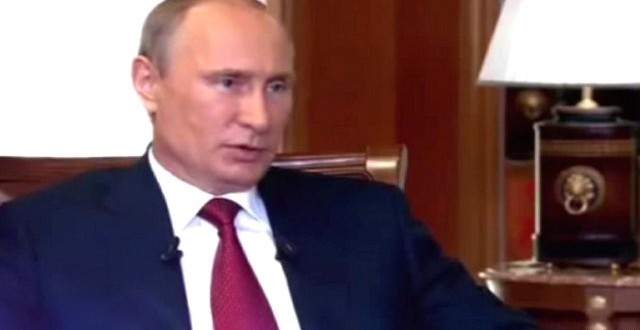 Vladimir Putin has admitted for the first time that the plan to annex Crimea was ordered weeks before the referendum on self-determination.

Mr Putin said on TV he had ordered work on “returning Crimea” to begin at an all-night meeting on 22 February.

The meeting was called after Ukrainian President Viktor Yanukovych was ousted.

The findings of these polls were borne out by the outcome of the referendum on 16 March, he told Russian state TV last April.

Mr Putin’s image is prominent in Crimea, as seen in this mural in the city of Sevastopol

“Little green men” appeared in Crimea before the referendum

Speaking in a forthcoming Russian TV documentary, Mr Putin said a meeting with officials had been held on 22-23 February to plan the rescue of Ukraine’s deposed president.

“I invited the leaders of our special services and the defence ministry to the Kremlin and set them the task of saving the life of the president of Ukraine, who would simply have been liquidated,” he said.

“We finished about seven in the morning. When we were parting, I told all my colleagues, ‘We are forced to begin the work to bring Crimea back into Russia’.”

The trailer for The Path To The Motherland was broadcast on Sunday night with no release date announced.

Among them appeared to be regular soldiers without military insignia, who were dubbed the “little green men”.

Timeline: How Crimea was annexed

Ukraine responded by launching an “anti-terrorist operation” against them and the region became engulfed in a conflict which has cost at least 6,000 lives and driven more than a million people from their homes, according to the UN.

The Ukrainian government, Western leaders and Nato say there is clear evidence that Russia is helping the separatists with heavy weapons and soldiers. Independent experts echo that accusation.

Moscow denies it, insisting that any Russians serving with the rebels are “volunteers”.

Full details of Mr Yanukovych’s escape from Ukraine are unclear although Mr Putin spoke of preparations to evacuate him from Donetsk.

“Heavy machine guns were placed there, so as not to waste time talking,” he added, with preparations made by land, sea and air.

The documentary, which Russian TV says will be broadcast soon, was made by Andrei Kondrashov, a journalist with state-run channel Rossiya-1.