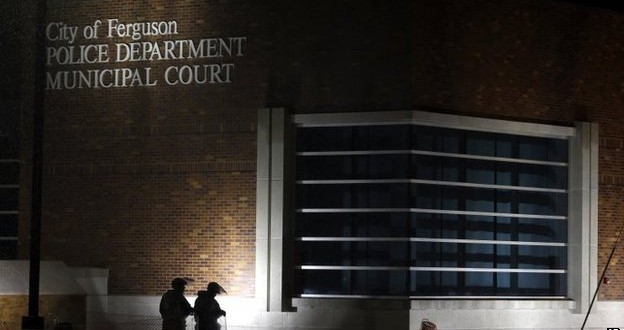 Outside judge to take Ferguson cases

A state judge will oversee the court in Ferguson, Missouri, after a federal report found that the town’s justice system routinely violated residents’ constitutional rights.

In an unusual move, the state’s high court on Monday appointed Judge Roy Richter to hear all future cases.

Michael Brown’s death sparked weeks of protests in Ferguson and across the US.

A St Louis County grand jury and the US Justice Department found that Officer Darren Wilson acted in self-defence when he shot Brown.

But a US Department of Justice investigation found overwhelming racial bias in the town’s policing practices. The report detailed how Ferguson officials used the city’s police and court system to generate revenue.

Ferguson Judge Ronald Brockmeyer, who was repeatedly cited in the report for abusive practices, resigned on Monday.

He said he was stepping aside to promote public confidence and to help the town “begin the healing process”.

Demonstrators protest outside a court in Pine Lawn, Missouri. State-wide reforms are also being considered

The report noted public officials regularly made tickets and other minor violations “go away” for white friends while some black residents spent nights in jail for non-payment of tickets.

The report also found black residents were disproportionately subject to baseless traffic stops and citations for infractions as petty as walking down the middle of the street.

“Judge Richter will bring a fresh, disinterested perspective to this court’s practices, and he is able and willing to implement needed reforms,” Chief Justice Russell said.

She also said that statewide reforms are also being considered.