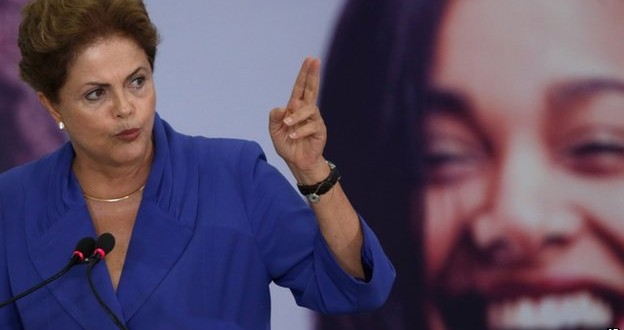 Brazil’s President Dilma Rousseff has signed a new law which sets tough new penalties for the killing of women and girls.

Murders linked to domestic violence will carry sentences of between 12 and 30 years.

President Rousseff said the new law sends a clear message to women that the state would protect them.

She said 15 women were killed daily in Brazil.

In other cases – such as the killing of a pregnant woman, a woman who’s just given birth, girls under 14, or women over 60 – the new law provides for even longer jail terms.

The new legislation alters the criminal code to describe femicide as any crime that involves domestic violence, contempt or discrimination against women.

Similar legislation has been introduced in other Latin American countries such as El Salvador, which has the highest murder rate for women in the world.

The Representative of UN Women in Brazil, Nadine Gasman, said “the law identifies femicide as a specific phenomena. This kind of law is preventive in nature.”

Known as the “Maria da Penha” law, it paid tribute to Maria da Penha Maia, a woman whose ex-husband beat her for 14 years and attempted to murder her twice, leaving her paraplegic.

She is a notable figure in the movement for women’s rights in Brazil.

The “Maria da Penha” law stated that aggressors were no longer to be punished with alternative sentences.

It increased the maximum sentence from one to three years.

It also ordered the removal of abusers from the home and banned them from proximity to the woman or children attacked.

During her term in office, President Rousseff has enacted other laws aimed at women and girls.

In August 2013, she signed legislation requiring all public hospitals to provide treatment against sexually transmitted diseases and HIV/Aids for rape victims.

It requires that victims be given access to emergency contraception, and in the case of pregnancy they have the right to an abortion, illegal in Brazil in most cases.