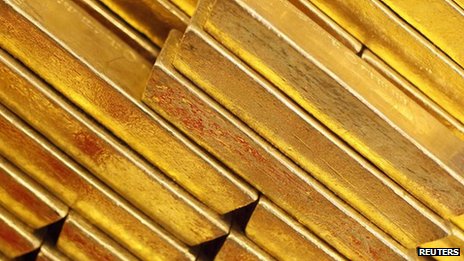 Bangladesh has expelled a North Korea diplomat caught trying to smuggle 27kg (59lb) of gold into the country.

Son Young-nam, the first secretary of North Korea’s Dhaka embassy, was stopped as he arrived in Bangladesh via Singapore on Friday.

He was released and has not been charged, according to diplomatic protocol, but customs officials said it was a “clear case of smuggling”.

Sanctions against North Korea tightly restrict the movement of money.

Mr Son’s bag, which he had refused to allow customs officials to inspect, was found to contain gold bars and ornaments worth about US$1.6m (£1m).

North Korea’s ambassador, Ri Song-hyon, was summoned to the foreign ministry on Monday and told to send Mr Son home.

“We told the ambassador to prosecute him in North Korea and update us about the action to be taken against him,” Mohammad Shahidul Haque, the ministry secretary, told Reuters.

“We conveyed to him that the government would take serious action if any embassy official is found to be involved in any crimes in future.”

Mr Son was reported to have left Bangladesh on Monday night.