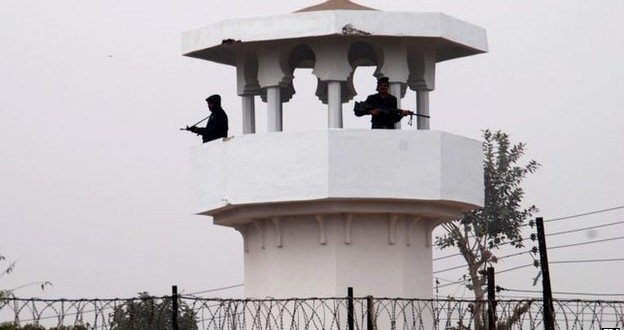 More than 8,000 prisoners are believed to be on death row in Pakistan

Pakistan is to resume executions for all death penalty offences, months after a moratorium was partially lifted to allow executions of terror convicts.

All condemned prisoners who have exhausted the appeals process and whose pleas for clemency are rejected now face execution, officials say.

Executions were suspended for seven years until some resumed after the Peshawar school massacre in December.

More than 8,000 people are on death row in Pakistan, human rights groups say.

About 1,000 have lost their appeals and had clemency petitions rejected, a senior official quoted by AFP news agency said.

The BBC’s M Ilyas Khan in Islamabad says it is not clear why the moratorium has been lifted at this time.

The move, which ends a seven-year-long suspension of executions in Pakistan, was condemned as “irresponsible” by human rights law firm Justice Project Pakistan.

“Despite knowing this, the government has irresponsibly brought back capital punishment.”

More than 150 people, all but nine of them children, died in the Taliban attack on the Army Public school in Peshawar. The massacre triggered national outrage.

Pakistan has hanged more than 20 prisoners convicted on terror-related charges since partially resuming executions in December.

Supporters of the death penalty in Pakistan argue that fast-track executions are needed to rein in militant attacks.

An interior ministry letter seen by the BBC says that death sentences should be carried out “strictly as per law and only where all legal options and avenues have been exhausted and mercy petitions… have been rejected by the president.”

The letter is dated 3 March and is addressed to the home secretaries of Pakistan’s four provinces.

Following the attack in Peshawar, the UN urged Pakistan not to resume executions.

On Monday a court upheld the death sentence of Mumtaz Qadri – who shot dead Punjab governor Salman Taseer in 2011 – but rejected a conviction for terrorism.

His appeal can still be taken to the Supreme Court.