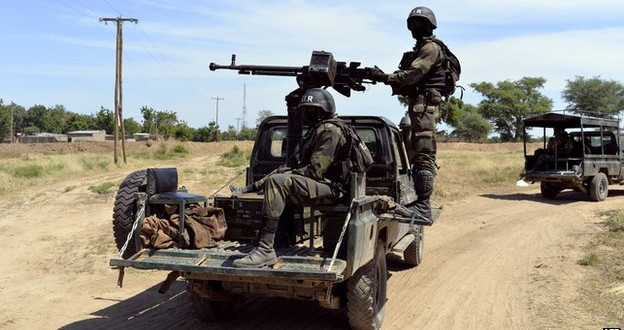 About 80 children rescued from a Boko Haram camp in Cameroon cannot remember their own names or origins, according to an aid official who visited them.

The children – aged between 5 and 18 – did not speak English, French or any local languages, says Christopher Fomunyoh, a director for the US-based National Democratic Institute (NDI).

The children were found at a camp in northern Cameroon in November.

Nigeria-based Boko Haram militants have extended their campaign into Cameroon.

The militants are fighting to establish an Islamic caliphate in north-eastern Nigeria.

They control several towns and villages in the region and recently pledged allegiance to Islamic State (IS) militants, who have seized large areas of Syria and Iraq.

The children were rescued in Cameroon after security forces – acting on a tip-off – raided what was thought to have been a Koranic school.

Mr Fomunyoh told the BBC’s Randy Joe Sa’ah in Yaounde that he had visited an orphanage that was helping rehabilitate the children.

He said the children had spent so long with their captors, being indoctrinated in jihadist ideology, that they had lost track of who they were.

Meanwhile, a suspected Boko Haram attack on Tuesday killed at least six people at a marketplace in the northern Nigerian town of Maiduguri.

The suicide bombing was reportedly carried out by a middle-aged woman.