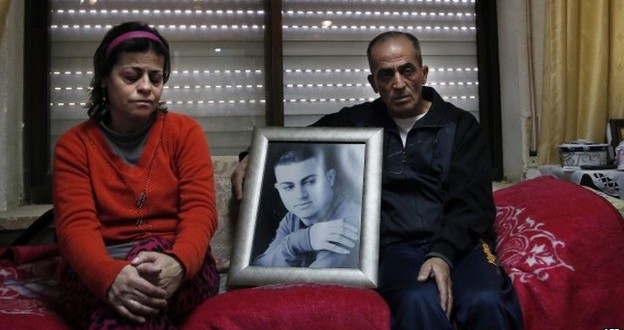 Islamic State (IS) jihadists have posted a video online appearing to show the killing of an Israeli Arab man whom they accused of being a spy.

In the video, a young boy is seen apparently shooting a man the militants identified as Said Ismail Musallam.

IS said Mr Musallam, 19, had posed as a foreign fighter when he joined the militants in Syria.

It said he later confessed to being a spy for Israel’s Mossad – a charge denied by Israel and by his family.

They say Mr Musallam went missing after travelling as a tourist to Turkey in 2014.

A few months later an online magazine linked to IS carried a long interview in his name in which he confessed he had been sent by Israel to infiltrate the organisation.

Its publication was a clear signal that he had fallen foul of the group and was in danger, our correspondent Kevin Connelly says.

The video purportedly showing Mr Musallam’s death has not been independently verified.

It is the latest in a series of IS propaganda videos appearing to show the killing of hostages.