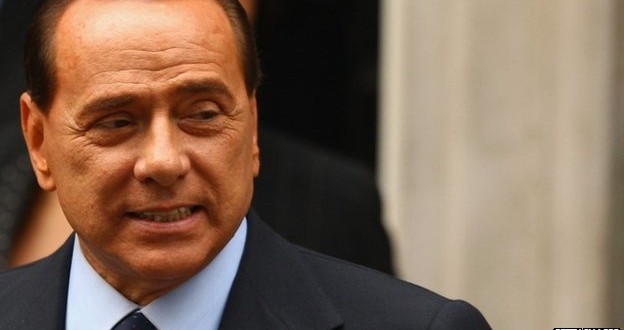 Berlusconi has a number of other legal battles ahead

Italy’s highest court has confirmed former Prime Minister Silvio Berlusconi’s acquittal on charges of abuse of office and paying for sex with an underage prostitute.

Berlusconi was convicted in 2013 in what became known as the “bunga bunga” case, but won an appeal the next year.

The Court of Cassation has now rejected prosecutors’ appeals to overturn the acquittal and hold a fresh trial.

Berlusconi and the 17-year-old dancer involved, Karima El-Mahroug, known as “Ruby the Heartstealer”, denied having had sex.

Karima El-Mahroug was at the centre of the “Rubygate” trial

The judges at the Court of Cassation took more than nine hours to reach their decision, and will issue a written ruling detailing their reasoning with the next 90 days.

The verdict leaves Berlusconi free to rally his Forza Italia party as it struggles to maintain a leading role in Italian politics, analysts say.

But he remains under investigation for allegedly paying off witnesses in the “bunga bunga” case, and is on trial in Naples for alleged political corruption.