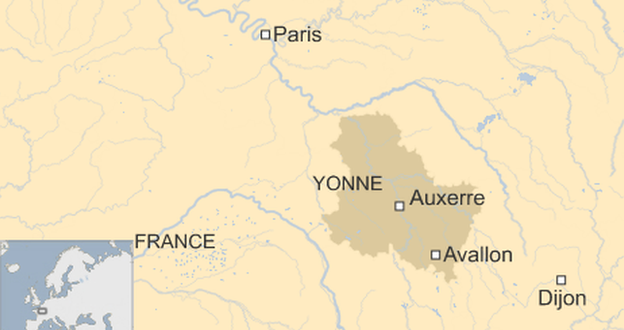 As many as 15 hooded attackers seized the vans at about midnight on Tuesday on the A6 motorway at Avallon, 220km (140 miles) south-east of Paris.

The drivers were said to be unhurt and the vans were later found abandoned some distance away.

The gang is reported to have fled in several vehicles towards Paris.

The thieves were said to have waited for the security vans at the Avallon toll booth south-east of Auxerre, spraying gas at the drivers when they arrived.

Local reports said the vans had been carrying a consignment of diamonds, other jewels and works of art between Paris and Besancon.

The burnt-out vans were being investigated on Wednesday by forensic scientists in a field near Quenne, further north along the A6, just outside Auxerre.

Police have been searching Yonne and neighbouring regions for the attackers.