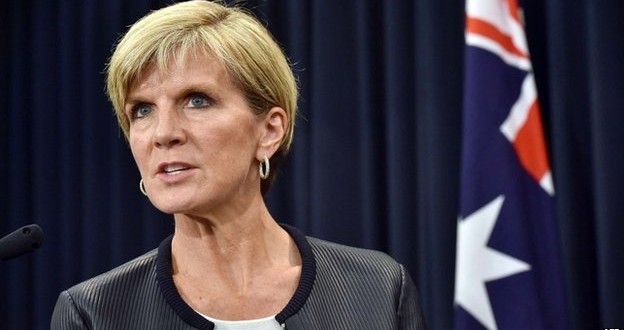 Australia has offered to cover the cost of life imprisonment for Bali Nine pair Andrew Chan and Myuran Sukumaran if Indonesia spares their lives.

Foreign Minister Julie Bishop made the offer to her Indonesian counterpart last week, it emerged on Thursday.

Chan and Sukumaran are facing death for attempting to smuggle 8.3kg (18lb) of heroin from Bali to Australia in 2005.

In a letter to Indonesian Foreign Minister Retno Marsudi, Ms Bishop said Australia was “prepared to cover the costs of the ongoing life imprisonment” for the pair.

The letter also formally made the “one-off” prisoner swap offer, which the two ministers had discussed previously.

Ms Bishop pointed out to Ms Marsudi that the three Indonesian prisoners had attempted to import 390kg of heroin to Australia, “47 times the amount Mr Chan, Mr Sukumaran, and their co-convicted tried to smuggle”.

Andrew Chan and Myuran Sukumaran were sentenced to death in 2006

Ms Marsudi responded to the letter and rejected the prisoner swap offer, but did not mention the issue of costs.

“Let me reiterate that there is no legal basis within the Indonesian law that would allow for such an exchange to take place,” Ms Marsudi wrote.

“The president is of the position that such an exchange cannot be undertaken.”

Australia’s most senior Islamic cleric on Wednesday appealed to Indonesia to spare the men’s lives.

Dr Mohamed said in a statement after the meeting that he and two other clerics “plead, with respect and humility, for the lives of two young Australian men”.

“Mercy and forgiveness lies at the heart of Islam,” he added.

Richard Branson has also joined the list of influential figures appealing for the men’s lives, writing to Indonesian President Joko Widodo to urge him to grant clemency.

Not date has yet been set for Chan and Sukumaran’s execution by firing squad. It could now be delayed by weeks after another convict due to be executed alongside them had his appeal adjourned until the end of the month.

An appeal hearing for the two men on Thursday was adjourned for a week.

The Bali Nine ringleaders – the essential background in one minute

The pair have been in prison in Bali since 2006, when they were convicted of being the ringleaders in a nine-strong Australian smuggling gang.

Families of both the men have argued that they have reformed their characters during their time at Kerobokan Prison and helped other prisoners to do the same.