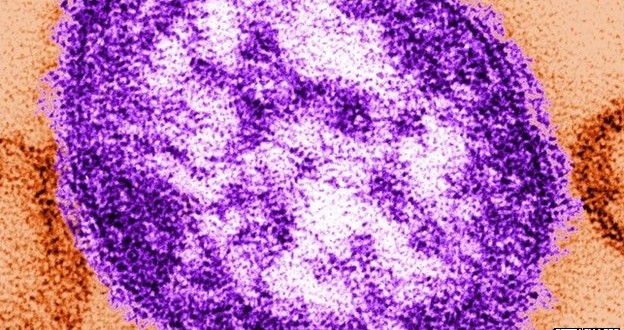 Jump in measles cases in Canada

Canada health officials have confirmed 119 cases of measles among adults and children in a Quebec region, linked to an 2014 outbreak in Disneyland.

Those affected are reportedly unvaccinated, and at least one child attended school while contagious.

In Canada, only Ontario, New Brunswick and Manitoba mandate children be vaccinated before attending school.

In a 2011 outbreak, Quebec recorded nearly 700 cases of measles, the biggest outbreak in North America.

“Apparently no-one is vaccinated for religious and philosophical reasons, which explains the exponential rise in the number of cases there,” she told the paper.

Parents and staff of Ecole integree de Saint-Pierre, where about 700 staff and students are now at risk after coming into contact with an infected student, were notified that a vaccination centre will be set up at the school Thursday.

Unvaccinated students who refuse the protection will be kept away from school 14 days.

The 119 cases in Lanaudiere have been connected to two local families’ vacation at Disneyland in California, which is also blamed for 142 cases in the United States since December 2014, according to the US Centers for Disease Control and Prevention.

Measles is highly contagious and causes a red rash over the body, from which most people fully recover within two to three weeks.

However, measles can cause brain swelling and seizures, hearing loss and death, according to the Public Health Agency of Canada. There is no cure, and so prevention is encouraged.

Ms Quach told The Gazette that Quebec is in the process of putting together a registry of immunisation.

“That would at least allow school officials to know which children are vaccinated or not, enabling them to keep children who aren’t vaccinated away in the event of an outbreak.”