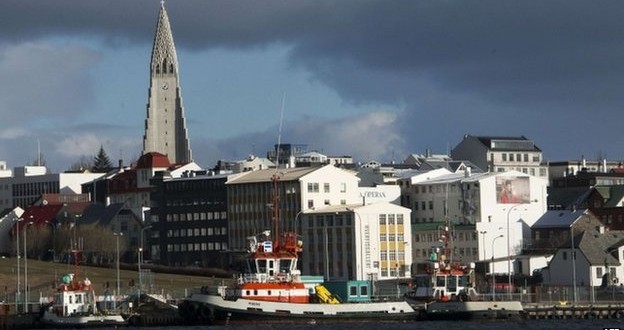 The government of Iceland has announced it is no longer seeking EU membership for the North Atlantic state.

Iceland gave no reason for dropping its bid to join the 28-member bloc.

But after winning the 2013 elections two Eurosceptic parties said the nation already enjoyed most full membership benefits through deals with the EU.

The island nation has free trade arrangements with the bloc and is part of the Schengen visa-free travel zone.

In a statement, Mr Sveinsson said he had “delivered a letter to the Presidency of the Union and the Commission announcing that the government of Iceland had decided at its cabinet meeting last Tuesday that it did not intend to restart accession negotiations with the EU”.

“Hence, the government considers that Iceland is no longer a candidate country and requests the EU to act in accordance with this from now on,” he added.

However, Mr Sveinsson stressed the importance of continued strong relations and co-operation between Iceland and the EU, saying Reykjavik wanted to strengthen the ties “even further”.

Iceland made an EU membership application in 2009 and later began accession talks.

However, the government in Reykjavik suspended the bid in 2013, arguing that a referendum on the issue should be held first.