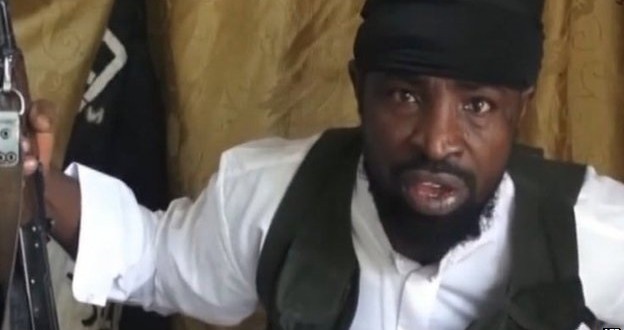 Islamic State (IS) has accepted a pledge of allegiance from Nigeria’s militant group Boko Haram, according to an audio message.

In the tape, which has not been verified, an IS spokesman says the aim of establishing a caliphate has now been expanded to West Africa.

Last week, Boko Haram posted a message saying it wanted to join ranks with IS.

The conflict has since spread to neighbouring states.

In the tape, a man – who describes himself as IS spokesman Mohammed al-Adnani – says: “We announce to you to the good news of the expansion of the caliphate to West Africa because the caliph… has accepted the allegiance of our brothers of the Sunni group for preaching and the jihad.”

The spokesman also urges Muslims to join militants in West Africa, rejecting suggestions that Iraqi forces and the US-led coalition have recently had a series of victories against IS in Iraq and Syria.

The audio tape has not been independently verified.

IS aims to establish a caliphate, a state ruled by a single political and religious leader according to Islamic law, or Sharia.

Its leader, Abu Bakr al-Baghdadi, is known to his followers as Caliph Ibrahim.

In the audio message posted on Saturday, the Boko Haram leader purportedly said: “We announce our allegiance to the caliph… and will hear and obey in times of difficulty and prosperity.

“We call on Muslims everywhere to pledge allegiance to the caliph.”

IS has forged links with other militant groups across North Africa and the Arabian Peninsula.

IS seized large swathes of Iraq and Syria last year. It still controls the key Iraqi cities of Tikrit and Mosul, despite a major ongoing Iraqi offensive on Tikrit.

IS jihadists have attracted condemnation worldwide for its brutal tactics – including mass killings and the beheadings of soldiers and journalists.