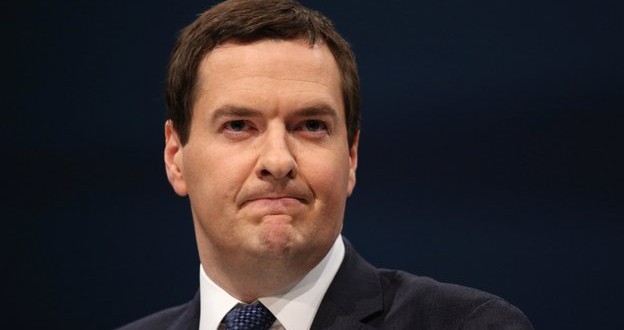 Joining the AIIB would help the UK and Asia invest and grow together, UK Chancellor George Osborne said

Britain says it wants to become a “prospective founding member” of a new China-backed bank that could rival the likes of the World Bank.

The UK would be the first big Western economy to apply to become a prospective member of the institution.

Its aim is to lend money to regional infrastructure projects, however, it has raised concerns in the US.

There are worries around the new institution’s ability to meet the level of transparency and governance that other multilateral institutions, such as the World Bank and the Asian Development Bank (ADB), need to reach.

There are also concerns that the AIIB’s lending decisions could be used by China to promote its own interests.

Once operational, the AIIB would aim to boost investment across the Asian region in areas including agriculture, transportation and energy.

UK Chancellor George Osborne said the UK had “actively promoted closer political and economic engagement with the Asia-Pacific region” and that joining the AIIB at the founding stage would create “an unrivalled opportunity for the UK and Asia to invest and grow together”.

In reaction to the British announcement, the White House issued a statement saying: “This is the UK’s sovereign decision. We hope and expect that the UK will use its voice to push for adoption of high standards.”

In November last year, Australia’s Prime Minister Tony Abbott offered lukewarm support to the AIIB, but said its actions must be transparent.

The 21 founding member countries of the AIIB have agreed the basic parameters that would determine the capital structure of the new bank would be relative gross domestic product.