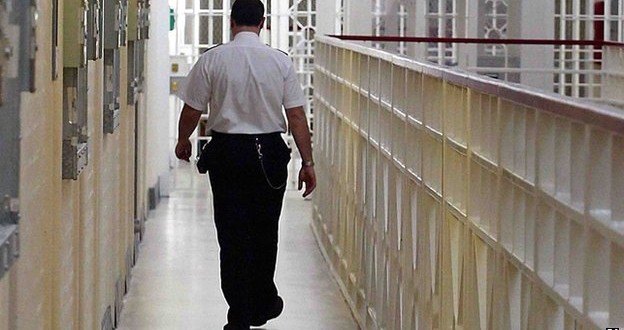 Prisons ‘to get drugs scanners’

A new generation of drugs scanners is to be purchased for prisons in England and Wales, the BBC understands.

Justice Secretary Chris Grayling is said to have made the decision because of continuing problems with drugs being smuggled into jails.

It comes as independent think tank the Centre for Social Justice released a report saying the X-ray scanners had been a “game changer” in US prisons.

The machines could “revolutionise” searches in the UK, the CSJ added.

The cost of installing the scanners in every prison in England and Wales is estimated to be about £15m.

Prisons need to turn people’s lives around, not entrench addictions”

Manual searches are currently conducted in most prisons, making it difficult to detect illegal substances and so-called legal highs that have been swallowed or concealed within someone’s body, according to the CSJ.

The low-dosage X-ray machines would be able to do so, however.

As well as being smuggled by visitors, prisoners and corrupt staff, drugs are also sent through the post or thrown over prison walls, BBC home affairs correspondent Danny Shaw said.

He added that drugs had been a problem in prisons for “several decades”.

Fewer than 100 visitors trying to bring drugs into prisons were identified through searches last year, the CSJ said.

The CSJ makes a compelling case for prison body scanners – and it appears Chris Grayling is convinced as well.

He’s aware that long-standing problems of drug abuse in jails have been exacerbated in recent months by legal highs known as Spice and Black Mamba – which have led to drug debts, bullying, violence and health emergencies.

However, questions remain as to whether the technology and training required are affordable, given how stretched prison budgets are, and if the scanners are risk-free, since individuals will be exposed to radiation each time they step through one.

The CSJ cites evidence suggesting the radiation dosage is so low it’s safe to use on prisoners 1,000 times a year.

Some testing and trials may be required before they become as common in our prisons as they are in the US.

Edward Boyd, deputy policy director of the CSJ and the report’s editor, said prisons are “awash with drugs” which is “leading to greater addiction, and more crime”.

“Prisons need to turn people’s lives around, not entrench addictions. They urgently need to install body scanners to catch those smuggling drugs and offer rehab that works,” he said.

“Politicians have promised to rid prisons of drugs for decades, yet little has changed. As a result, thousands of people are becoming victims of preventable crimes every year.”

The CSJ also found that the use of so-called legal highs – or New Psychoactive Substances (NPS) – had seen a dramatic rise but that prisoners were not tested for the substances.

It recommended it should be made illegal to bring any NPS into prisons. It also called for smoking to be banned in prisons so that other prisoners and prison staff were not exposed to Spice through passive smoking.

An American law enforcement officer told the think tank for its Drugs in Prison report: “We wouldn’t even think about running the jail without one now – it is very useful at keeping drugs and weapons out of prison.”

Prisons Minister Andrew Selous said: “We are committed to investing in different detection technology, including body scanners, to tackle this issue.

“The number of prisoners testing positive for drugs has significantly reduced over the past 15 years, but we are not complacent.

“The use of drug dogs is key part of our strategy and we are developing their capability to detect for new psychoactive substances.”