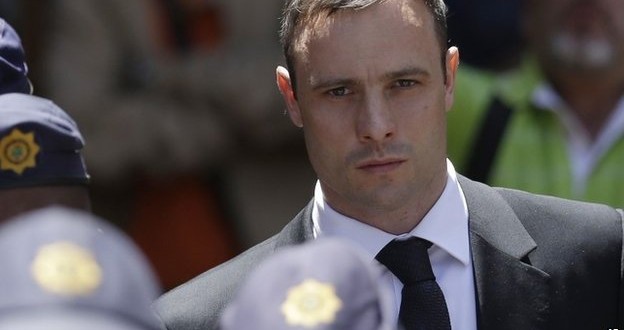 Lawyers for jailed South African Olympic athlete Oscar Pistorius have lost a bid to prevent prosecutors from appealing against his acquittal on murder charges.

Judge Thokozile Masipa ruled in the Johannesburg High Court that the application be rejected.

He was sentenced to five years in prison for the lesser charge of culpable homicide, or manslaughter.

After a short hearing, Judge Masipa said procedure did not allow her to grant or refuse the application.

“In my view, to entertain this application will be tantamount to reviewing my own decision,” she said.

“‘For one thing there is really nothing new in the submissions by council for the applicant.”

The double amputee athlete was acquitted by Judge Masipa of both premeditated murder and the lesser murder charge of dolus eventualis, also known as common-law murder.

In South African law, this charge applies if the accused knew they might kill someone but still went ahead with their course of action.

Prosecutors are pushing for the appeal because they believe that a full bench of judges in the Supreme Court of Appeal will agree with them that Judge Masipa misinterpreted the principles of dolus eventualis and will both convict him of murder and impose a longer sentence, says the BBC’s Pumza Fihlani in Johannesburg.