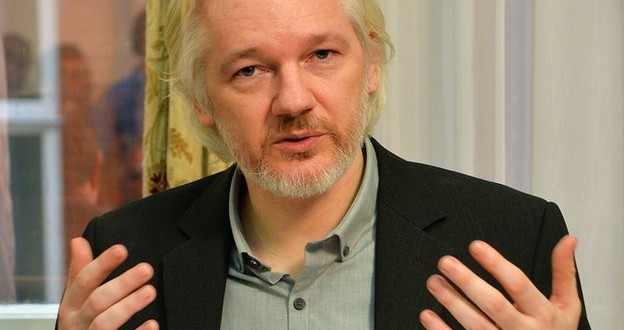 Prosecutors had previously insisted on questioning Mr Assange in Sweden, after seeking his arrest in 2010.

Mr Assange denies the assault claims and has been living at the Ecuadorean embassy in London since 2012.

He fears that if he is sent to Sweden he could then be extradited to the US to face charges over leaking material.

A lawyer for Mr Assange, Per Samuelson, welcomed the move. “He is willing to co-operate fully now in conducting this interrogation – this is a great victory for him,” he told the BBC World Service.

“We’ve been waiting for this for over four years.”

The lead Swedish prosecutor explained the change of strategy by saying some potential charges against Mr Assange would expire under the statute of limitations in August.

“My view has always been that to perform an interview with him at the Ecuadorean embassy in London would lower the quality of the interview,” Marianne Ny said in a statement.

“Now that time is of the essence, I have viewed it therefore necessary to accept such deficiencies in the investigation and likewise take the risk that the interview does not move the case forward.”

Swedish prosecutor Marianne Ny has long resisted questioning Julian Assange in London, arguing that it would lower the quality of her interviews and insisting that he should be flown to Stockholm instead.

But the clock is ticking because under Swedish law there is a time limit for investigating some offences. In Mr Assange’s case, prosecutors only have until August 2015 to question him about some of the allegations, although they have until 2020 to investigate the most serious alleged rape offence.

It remains unclear how Friday’s move affects Julian Assange’s battle in Sweden’s Supreme Court, which earlier this week agreed to hear the Wikileaks founder’s appeal to have the European arrest warrant against him lifted, as he continues to fight extradition to Sweden.

This case has had a relatively low profile in the Swedish press. Sweden has a strong emphasis on privacy and journalists rarely name criminal suspects. But news of his possible questioning in London is now dominating headlines here.

Maddy Savage is editor of The Local Sweden

Mr Assange – an Australian journalist and activist – has not been formally charged, but prosecutors want to question him over allegations of rape and sexual misconduct made by two women he met during a trip to Sweden in August 2010.

Ms Ny said she had made a request to Mr Assange’s legal team to take a DNA sample from him in London, as well as conducting questioning.

Mr Samuelson said that request would need to be discussed, since his client had already left a DNA sample with UK police in 2010.

He has also spoken to international conferences via video link

Ecuador offered Mr Assange asylum in August 2012, shortly after he sought refuge at the country’s embassy in London.

In November a Swedish appeals court upheld the warrant for his arrest, but criticised prosecutors for not making enough effort to explore “alternative avenues” for interrogating Mr Assange.

If he was extradited, he would be detained upon arrival in Sweden.

“If he leaves he loses his political immunity… he stands to end up in an American prison for 35, 40 years,” he said.

However, legal experts have pointed out several obstacles any extradition and subsequent prosecution in the US would have to overcome.

Wikileaks has published thousands of secret documents, which have caused intense embarrassment for the US and lifted the lid on diplomatic relations.