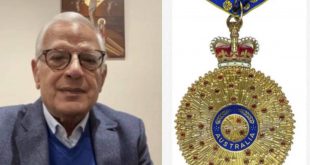 Police in Dallas, Texas, have arrested a suspect in the fatal shooting of an Iraqi migrant, but have ruled out the possibility of a hate crime.

Officials said the gunman was seeking revenge after someone shot at his girlfriend’s apartment.

Al-Jumaili was shot in a parking lot while taking photos of snow falling – the first snowfall he had ever seen.

Dallas Police Senior Corporal DeMarquis Black confirmed to the BBC that a hate crime had been ruled out, but that the investigation was ongoing.

Police said that Nealon fired at least 15 shots from an assault rifle.

Police have charged Nealon with murder

The victim ran towards his apartment and collapsed in a breezeway after being struck. He died a day later at a local hospital.

The teenager and three others were looking for people who had shot at his girlfriend’s apartment earlier in the night.

Police have charged the teenager with murder, and are investigating whether gang activity was involved.

CCTV footage from a neighbouring school was released days later and showed four people fleeing from the scene on foot. One person was brandishing a rifle.

Police credit a witness who provided them with Nealon’s nickname for helping solve the crime.

In a police interview, Nealon admitted to being at the crime scene, but blamed the shooting on another person who was present.

The victim’s relatives say he fled violence in his native Iraq to reunite with his wife in Texas just three weeks before he was killed.

The shooting generated concerns in the Dallas Muslim community that Al-Jumaili might have been targeted.

His death comes after three Muslim students were killed in Chapel Hill, North Carolina, in February.

In that case, police said initial indications suggested there was a parking space dispute, but that they were investigating whether the suspect was motivated by religious hate.