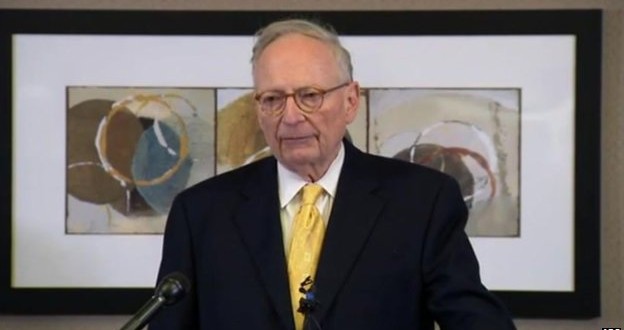 US fraternity gets death threats

Lawyer Stephen Jones did not detail the threats

A Oklahoma fraternity whose members were filmed chanting a racist song has received death threats, a lawyer said.

Stephen Jones did not detail the threats that the University of Oklahoma students had received, but said authorities had been alerted.

The local chapter of Sigma Alpha Epsilon hired Mr Jones to “protect the rights” of its members, he said.

Two students were expelled and the fraternity house was closed after the video was posted online.

The video showed two members of the Sigma Alpha Epsilon fraternity leading racist chants that said a black person would never be allowed to join the fraternity.

“Unfortunately, there have been some incidents involving current members of SAE where death threats have been placed, where there had been physical assaults or altercations on the University of Oklahoma campus, and where some of the students who are members have frankly been afraid to go to class,” Mr Jones told reporters on Friday.

Mr Jones said there was “no justification” for the slur-laden chants.

The high-profile lawyer did not lay out explicit demands but said that he had been hired to protect the “due process” rights for the local chapter’s members.

Students have rallied against racism this week

“We are interested – where needed – to act to protect the due process rights, the first amendment rights, and the fourteenth amendment rights of the members,” he said told reporters.

He said that he was not seeking an apology from the university president, David Boren, who shut down the university’s SAE chapter as the scandal unfolded earlier this week.

In response to the video, students rallied against racism and in support of the student group on Monday.

He did not the rule out the possibility of lawsuit against the university, but said said he preferred a non-legal solution.

Fraternities are social organisations that college students, usually male, are given the option to join at many universities across the US. Sororities are a similar option for female students.