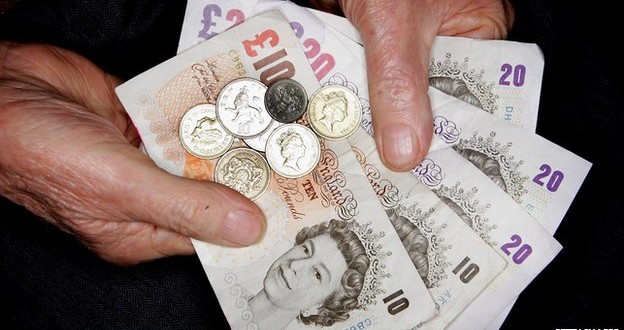 George Osborne is to unveil plans to extend pension freedoms to retirees who already have an annuity as part of next week’s Budget, the BBC understands.

The Chancellor is expected to announce proposals to give pensioners the freedom to cash in existing annuity policies for an immediate lump sum.

The changes – which could affect up to five million people – will give people greater flexibility, he will say.

Pension reforms for future retirees were announced in the Budget last year.

From next month, anyone who retires will no longer have to swap their pension savings for an annuity to pay a guaranteed income for life.

The latest changes – expected to come into force from April 2016 – will give pensioners who have already retired greater choice of how to access their savings in retirement, Mr Osborne is expected to announce on Wednesday, as part of his final Budget before the general election.

The pension reforms that the Chancellor announced last year were the rabbit in the 2014 Budget box.

There are those who argue that this freedom will tempt some pensioners to make short-term spending choices, leaving themselves short of an income in later life. But Mr Osborne’s view is that those who’ve worked hard and saved should be able to make their own decisions.

The announcement comes as Liberal Democrat Pensions Minister Steve Webb said he had been pressing the Chancellor on the issue.

He told the Daily Telegraph it seemed “particularly unfair that people who had been forced to buy an annuity could do nothing for the rest of their lives”.

BBC business correspondent Joe Lynam said the changes would only apply to retired people who have defined benefit or money purchase pension schemes.

The former government adviser and pensions expert Ros Altman welcomed the proposals but warned that a proper market for annuities was needed so that pensioners weren’t overcharged a second time, our correspondent added.

The government is to launch a consultation on the measures that would be needed to buy and sell annuities alongside the Budget.