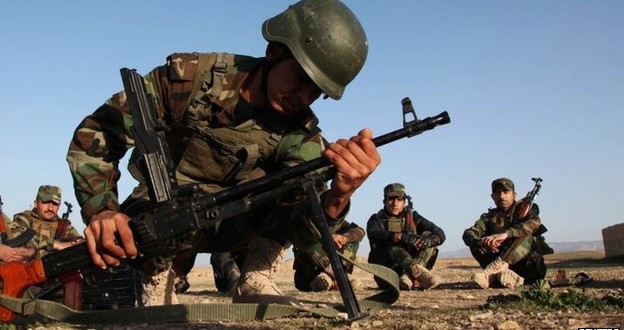 Vatican backs using force against IS

The Vatican says force may be necessary to stop attacks on Christians and other Middle East minorities by Islamic State (IS) if no political solution is found.

Archbishop Silvano Tomasi, the Vatican’s top diplomat at the UN in Geneva, said jihadists were committing “genocide” and must be stopped.

The Vatican traditionally opposes military intervention in the region.

However, Pope Francis decried the beheading in February of 21 Egyptian Coptic Christians by IS in Libya.

The militants have targeted minority religious groups in the parts of Syria and Iraq under their control. Thousands more people have been forced to flee their homes.

In an interview with US Catholic website Crux, Archbishop Tomasi said: “What’s needed is a co-ordinated and well-thought-out coalition to do everything possible to achieve a political settlement without violence.

“But if that’s not possible, then the use of force will be necessary.”

He added: “We have to stop this kind of genocide. Otherwise we’ll be crying out in the future about why we didn’t so something, why we allowed such a terrible tragedy to happen.”

Christians were the main target of IS attacks, the archbishop said, but all minorities were human beings whose rights had to be protected.

“Christians, Yazidis, Shias, Sunnis, Alawites, all are human beings whose rights deserve to be protected,” he said.

Any coalition, he said, must include Muslim states from the Middle East and be guided by the UN.

In February, human rights organisations warned that IS was trying to eradicate Iraqi minority groups from large areas of the country.

In a report, they detailed summary executions, forced conversions, rapes and other abuses suffered by minorities.