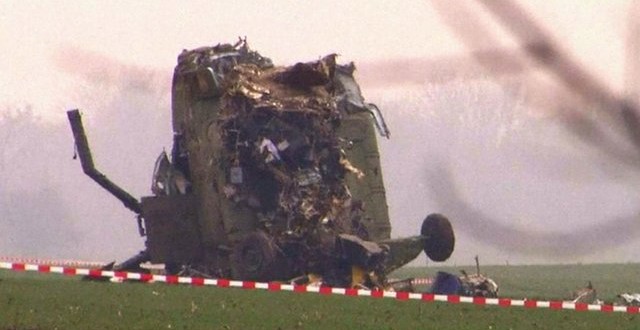 National mourning has been declared in Serbia after a rescue helicopter crashed while carrying a newborn baby for medical treatment, with the loss of all seven people aboard.

The helicopter came down in heavy fog while trying to land in the capital Belgrade on Friday night.

Four crew members and two medical workers were also on the aircraft.

The helicopter had been called out after an ambulance carrying the baby was blocked by a mudslide about 200km (120 miles) south of Belgrade.

The five-day-old baby was being rushed for treatment after developing life-threatening respiratory problems.

Officials say the control tower at Belgrade airport lost contact with the helicopter while it awaited clearance to land just after 22:30 local time (21:30 GMT) on Friday.

Their photos were published on the website of the Serbian armed forces.

Killed along with them were a doctor, Dzevad Ljajic, and an anaesthesiologist, Miroslav Veselinovic. The name of the baby was not immediately available.

The accident stunned colleagues of the pilots at the defence ministry, the BBC’s Guy Delauney reports from Belgrade.

Those on board were regarded as heroes after rescuing scores of people during last year’s heavy floods, our correspondent adds.

“The pilots who lost their lives last night were the best pilots in the Serbian army,” Mr Gasic said. “This is an immeasurable loss for us.”

According to the defence minister, the Russian-made MI-17 transport helicopter was “the best in the Serbian army” and had been fully equipped for search and rescue operations.

Serbian Prime Minister Aleksandar Vucic declared Sunday a national day of mourning to mark what is the country’s worst such accident in almost two decades.