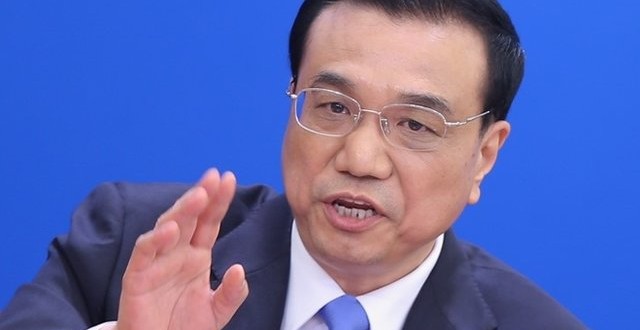 China’s parliament has endorsed government plans to reduce the country’s economic growth target by half a percent, to 7%.

Chinese Premier Li Keqiang acknowledged it would not be easy and described it as “taking a knife to our own flesh”.

He says they want to make clear the days of double-digit growth have ended.

“This is not nail-clipping. This is like taking a knife to one’s own flesh,” Mr Li told a news conference after a session of the National People’s Congress ended in Beijing.

“But however painful it might be, we are determined to keep going until our job is done.”

China’s economy expanded by 7.4% last year from 7.7% in 2013, following a cooling of the property market, slowing factory activity and easing business and government investment.

Growth of 7% in 2015 will mark the country’s weakest expansion in a quarter of a century.

“Enforcement of environmental laws should not be a cotton swab but a killer mace,” Mr Li said.

He vowed to hold factories that polluted the atmosphere liable for excessive emissions.

“It’s a project in which everyone in the society should take responsibility,” Mr Li said. “If you cannot change the environment you are in, you can modify your behaviours.”

The National People’s Congress largely serves as a platform for China’s ruling Communist Party to highlight reforms and set the tone for government policy.